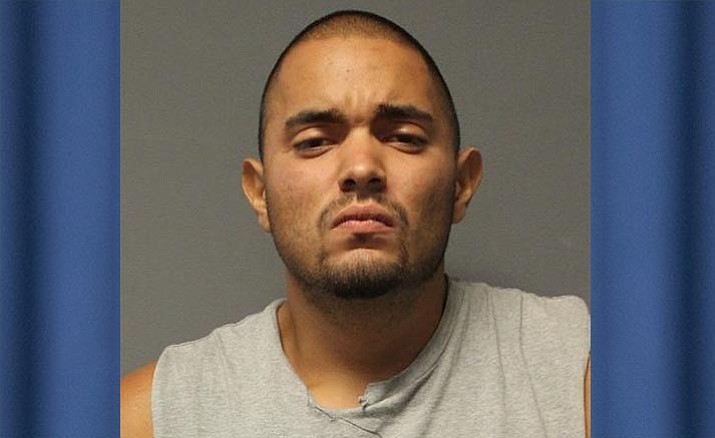 COTTONWOOD - A Cottonwood man was arrested and jailed Thursday for assaulting a police officer.

According to a news release from Cottonwood Police Dept. Sgt. Monica Kuhlt, officers were called to Walmart Thursday around 6:30 p.m. following complaints of a disorderly man threatening people inside the store. The man, later identified as 20-year-old Scott Cunningham of Cottonwood, left the store but continued behaving strangely.

The news release states an officer located Cunningham in the area of Rio Mesa and Carpenter Lane with his pants down exposing himself. The officer described Cunningham’s facial expression as the “thousand mile stare” who would not comply with directions, according to Sgt. Kuhlt.

“At one point, Cunningham tried to get into a vehicle that was stopped due to him being in the roadway. The officer stopped him at which point Cunningham punch the officer in the face and subsequently had a Taser deployed on him,” Kuhlt’s news release states.

Cunningham was transported to the hospital for medical clearance and then booked into jail for aggravated assault on a police officer (felony), indecent exposure (misdemeanor), resisting arrest (felon) and disorderly conduct (misdemeanor).

The cause of this behavior has not yet been determined, but substance abuse is suspected, said Kuhlt.