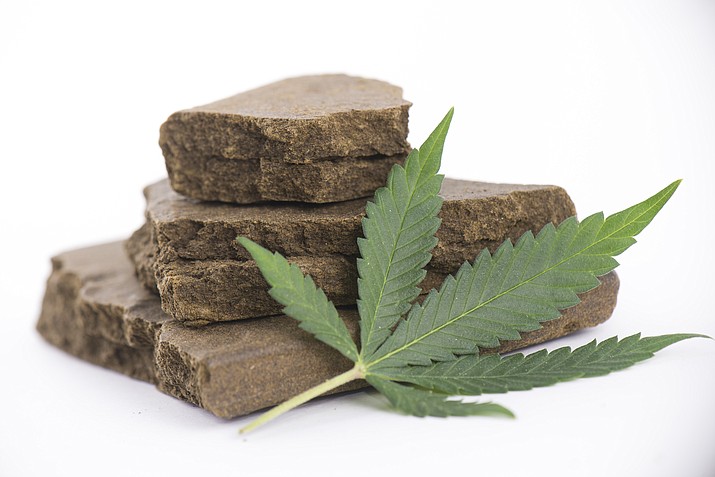 In defending the decision to uphold the conviction, Appellate Judge Jon Thompson pointed out that the state criminal code defines marijuana as the parts of the plant "from which the resin has not been extracted.'' That, he said, shows there is a difference between the plant and its resin. Adobe Stock Image

40 percent of the medical marijuana sold in the state is in the form of products that have been created with resin. But in all of last year, the health department reports that dispensaries sold more than 80,000 pounds of marijuana in plant form and another more than 6,000 pounds of the drug in edible or other forms.

PHOENIX -- A new ruling from the state Court of Appeals threatens to make criminals out of medical marijuana patients who choose edibles and drinks rather than smoking the drug and the dispensaries that prepare and sell them.

In a divided decision, the majority concluded that hashish, essentially the resin of the cannabis plant, is legally not the same as the plant itself. More to the point, they said the 2010 voter-approved law that legalized marijuana for medical purposes allows patients to possess only forms of the plant and not the resin -- or anything made from that.

Most immediately, the ruling upholds the conviction of a medical marijuana patient who was sentenced to 2.5 years in state prison for having 0.05 ounces of hashish.

But attorney Jared Keenan of the American Civil Liberties Union, pointed out that many edibles are made not with the full plant but with the resin. And if possession of that resin in any form is a felony, then everything from candy bars and gummy bears to drinks and even oils used for children becomes illegal.

"Up until this ruling, the Department of Health Services, which provides licenses for every dispensary, was allowing dispensaries to sell the products that the Court of Appeals just deemed were illegal,'' he said.

The ruling drew a rebuke of sorts from Judge Kenton Jones who wrote that his colleagues effectively were torturing the wording -- and the intent -- of the law in trying to say that while a cannabis plant is legal for medical marijuana patients, a product that comes entirely from that plant is somehow a crime.

"The resin extracted from the marijuana plant -- cannabis -- is a part of the plant ... just as sap is part of a tree,'' Jones said.

Mason Tvert, spokesman for the Marijuana Policy Project that helped craft the 2010 law and get it enacted, agreed, called the court's distinction "silly.'' But he said the implications are quite serious.

"The voters in Arizona intended for medical marijuana products to be legal, regulated and available to qualifying patients who would benefit from it,'' Tvert said. "This ruling flies in the face of voters' intent.''

"It's kind of like saying that an orange is legal but the orange juice is not,'' he said.

The case involves Rodney Jones, a medical marijuana patient who in 2013 was found in possession of a jar containing 0.05 ounces of hashish. He was found guilty and sentenced to 2.5 years in prison for possession of a narcotic drug and a concurrent one-year term for drug paraphernalia -- specifically, the jar holding the hashish.

Appellate Judge Jon Thompson, writing for the majority, said the 2010 law makes it legal for those with certain medical conditions to possess up to 2 1/2 ounces of marijuana.

He said that is defined as "all parts'' of the cannabis plant, whether growing or not, and the seeds of the plant.'' And Thompson said that also immunizes medical use of any "mixture or preparation'' of marijuana.

What the law does not include, the judge said, is hashish.

Jones chided colleagues for drawing distinctions where he said none were intended by those who crafted the 2010 law. And he said that limiting the forms of marijuana that can be used for medical purposes undermines the whole purpose of the law: to help patients.

"Different forms or delivery methods of marijuana may be more or less appropriate, depending upon the patient's age, condition, abilities, and desired dosage,'' Jones wrote. "When considered in the context of medicinal use, there is no logical reason to limit how the therapeutic compounds found in marijuana are introduced into the body.''

In defending the decision to uphold the conviction, Thompson pointed out that the state criminal code defines marijuana as the parts of the plant "from which the resin has not been extracted.'' That, he said, shows there is a difference between the plant and its resin.

But Jones pointed out that the 2010 law defining marijuana for medical purposes has no such verbiage. That, he said clearly "evidences an intent to abandon -- not adopt -- the criminal code's distinction between the marijuana plant and its resin.''

Jones also brushed aside the fact that hashish is more potent than simple marijuana leaves, meaning someone could obtain more "medicinal value'' by choosing to possess 2 1/2 ounces of hashish or concentrates rather than the same weight of leaves and buds.

"Distinctions among forms of marijuana may make sense within the context of punishing illegal recreational drug use but serve no legitimate purpose where substances are used for therapeutic reasons,'' he wrote.

That weight distinction is reflected in statistics from the state Department of Health Services.

Keenan said it is his understanding that 40 percent of the medical marijuana sold in the state is in the form of products that have been created with resin. But in all of last year, the health department reports that dispensaries sold more than 80,000 pounds of marijuana in plant form and another more than 6,000 pounds of the drug in edible or other forms.