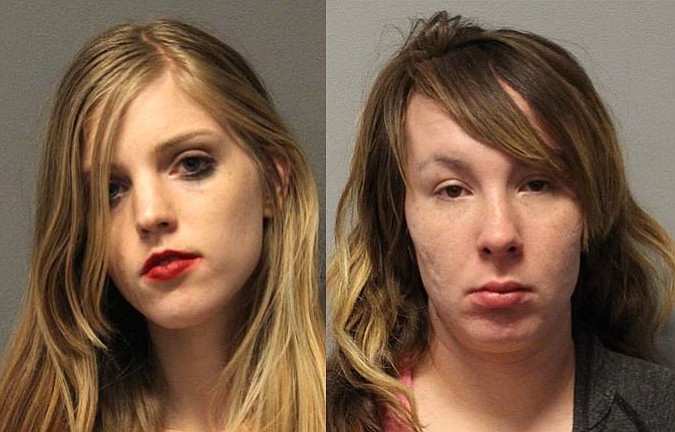 According to a news release from the Cottonwood Police Department, during the early morning hours of June 26, officers were called to the 200 block of South Main Street for a burglary in progress.

A citizen reported seeing two women use a large rock to break the window of a business, enter and leave with items in their hands that included a couple of guitars, according to the news release.

Officers located and arrested 19-year-old Cottonwood residents Melody Murphy and 21-year-old Jessica Wallen. Items taken from the business were located in their possession.

Later in the investigation, another business was discovered burglarized in the 500 block of South Main Street. Entry into the salon was through a broken window, too. Surveillance tape captured Murphy and Wallen enter the business and then leave with property.

Cottonwood has seen a rash of salon burglaries recently. Detectives were able to tie Murphy to some of them. Investigation continues into the unsolved burglaries with anticipation of additional charges filed against one or both of them, according to police.

Both were booked into the Yavapai County Detention Center. Murphy was booked on three counts of burglary (felony), two counts of trafficking in stolen property (felony) and two counts of criminal damage (misdemeanor).