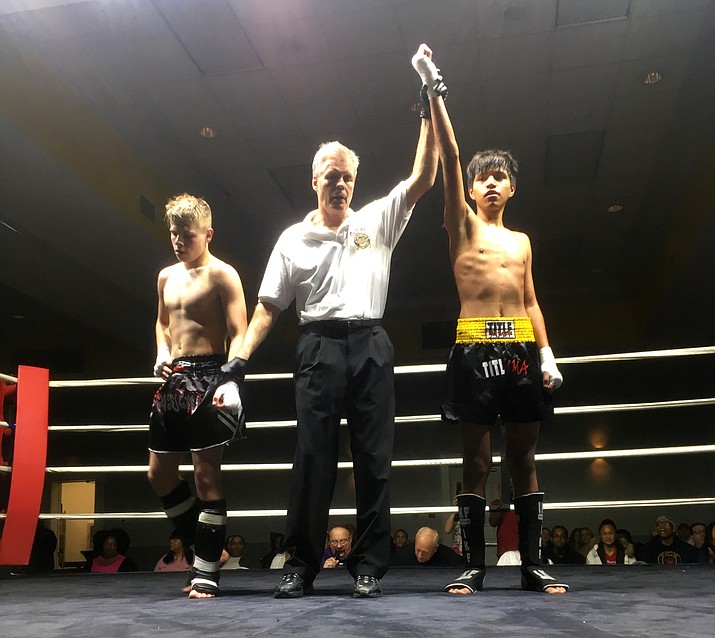 Hines opened up the night at Myrtle Beach, S.C. with a win over Tony Rossi, the hometown fighter.

“So proud of this young warrior Adam Hines, so proud of all your hard work you fought hard and never gave up,” trainer Richard Williams said.

Since there was only three qualified contenders there, Hines had to fight twice, with eventual champion Angel Carranza of Puerto Rico getting the bye.

“Adam fought two wars (Friday night),” Williams said. “When you have one fighter fighting two fights and one fighter fighting once no matter the out come win or lose we all ways learn. Congrats to the new United States IKF champion Angel from Puerto Rico. Thanks for the Great War and maybe we will meet again this time maybe in Puerto Rico for a 5 round fight in May.”

Hines, who is from Camp Verde and goes to Mingus Union, is expected to fight again on Mar. 24 in San Diego.