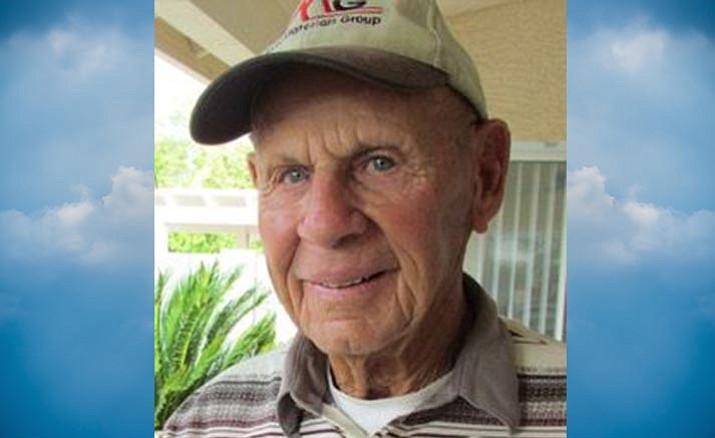 Charles served in the Air Force during World War II. He served in China, Burma, India (CBI) Theater from 1941 to 1945.

During this time he was awarded the Air Medal for “meritorious achievement for participating in more than 25 flights in heavily loaded transport airplanes through the combat zones of Upper Assam, Burma, and Southwest China, where enemy interceptions and attack were probable and expected.”

Charles married the love of his life, Patricia Burke, in St. Louis, Missouri, on June 22, 1942. Charles and Patricia moved their family to Clarkdale, Arizona, in 1959, where he helped start up the Phoenix Cement Plant. He worked there until his retirement in 1983 as a Production Supervisor.

During the 1970’s Charles was an active community member having served on the Clarkdale Town Council and as a volunteer EMT with the Verde Valley R.E.A.C.T. Charles was preceded in death by his parents, one brother, three sisters, wife Patricia Rennie and daughter-in-law Shirley Rennie.

Services with military honors will be held at Westcott Funeral Home in Cottonwood on Monday, March 12, 2018, at 10 a.m.

Burial will follow at All Souls Cemetery in Cottonwood.