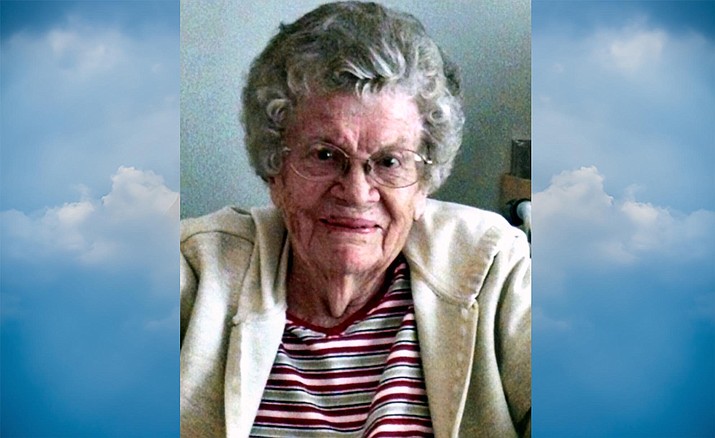 Our Mother was an amazing woman, a great Mother, Grand and Great Grand Mother. All her kids were her everything until the grandkids came on the scene and we got kicked to the curb. She loved her church family at the Church of Christ in Cottonwood, Arizona.

Lena liked to quilt, crochet, can and cook. After she retired from MUHS where she did the baking, she started babysitting kids until they started school. We could not even remember how many there were, but it was a lot and she always treated them all like her own. Lena lived a good, long life and touched many, many lives in her almost 95 years on this earth. We love you, Mom!!!!!

Lena was preceded in death by her husband, Joseph Franquero; and grandchildren, Lauren Franquero and Baby John Kelly Franquero.

Services will be held at Westcott Funeral Home in Cottonwood on Thursday, March 15. Visitation starts at 10 a.m., with the service following at 10:30 a.m.