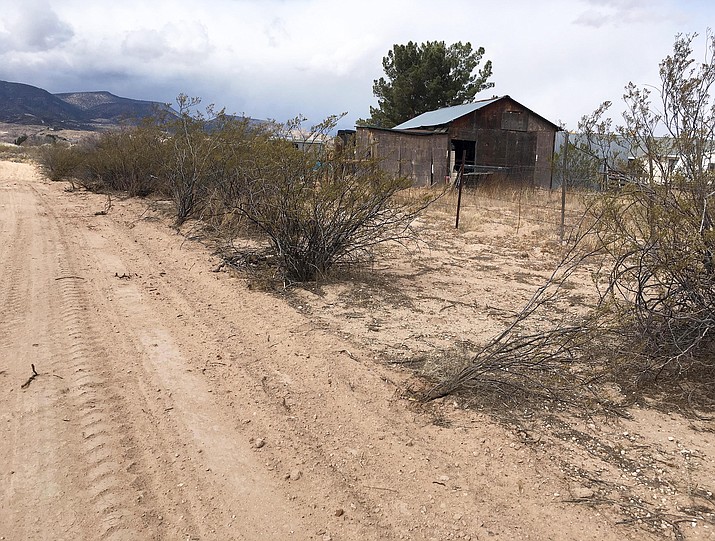 McCracken Lane residents say that the grading of dirt behind their homes is in violation of a 100-foot buffer between them and the yet-to-be-built Camp Verde Sports Complex. In a 6-to-1 vote on Nov. 12, 2008, the Camp Verde Town Council agreed to a buffer. (Photo by Bill Helm)

Camp Verde — Now that the Town of Camp Verde has completed clearing and grubbing the site of the Camp Verde Sports Complex, the next step is to commence grading, drainage and infrastructure improvements.

Those improvements constitute Phase I of the project that ultimately will convert more than 100 acres on SR 260 east of McCracken Lane into baseball fields, soccer fields, tennis and pickleball courts, a walking trail, parking and various other amenities.

Wednesday, six members of Camp Verde’s seven-person Town Council could agree to solicit the services of Earth Resources Corporation – at a cost of $2,067,863 – to construct the project’s first phase.

One of nine bidders, the bid by Prescott Valley Earth Resources Corporation is about $200,000 less than Phoenix’s Low Mountain Construction.

The bid of Camp Verde’s McDonald Bros. Construction was third-lowest.

Though Agreement #18-125 is a consent agenda item, Mayor Charlie German has filed a Conflict of Interest Disclosure Memorandum with Camp Verde Town Clerk Judy Morgan, which means he will not “discuss, vote or otherwise participate in this item,” according to the agenda for council’s March 21 meeting.

Mayor German is a resident of McCracken Lane whose property adjoins the Town’s property to be used in the complex.