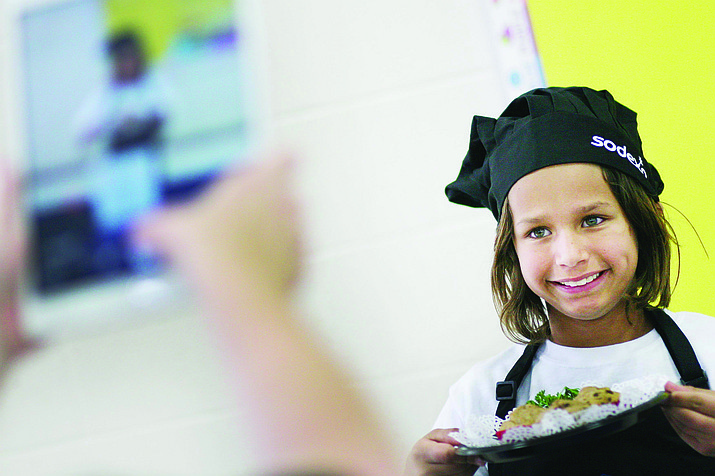 Cottonwood — First you cook it. Then you eat it.

For five of Cottonwood-Oak Creek School District’s students, the eighth annual Sodexo Future Chefs Challenge is an opportunity to use their creativity and culinary skills to make Asian-inspired dishes that are both healthy and delicious.

This year’s competition began when 38 of the district’s students submitted their healthiest Asian-inspired recipes. Of those who entered, the five best recipes were selected.

Beginning at 2:30 p.m. Wednesday, March 28, the five finalists will prepare and present their tasty treats, and will be judged based on kid-friendliness, originality, taste and use of healthy ingredients.

Cottonwood-Oak Creek’s five finalists are among more than 2,600 young epicureans who will represent more than 1,300 Sodexo-served school sites in 30 states nationally.

Provided they adhere to Arizona Department of Education requirements, all meals prepared by the finalists will become part of the school district’s list of meals and caterings.

According to Cheryl Weaver, Food Services Director for Sodexo, each of the finalists will take home a substantial gift basket of cooking utensils, as well as a t-shirt, apron and chef’s hat.

The first place winner will also receive a Polaroid Snap camera, Fit Bit, a wok, a pot and pan set, measuring cups and measuring spoons, and a silicon cutting board.