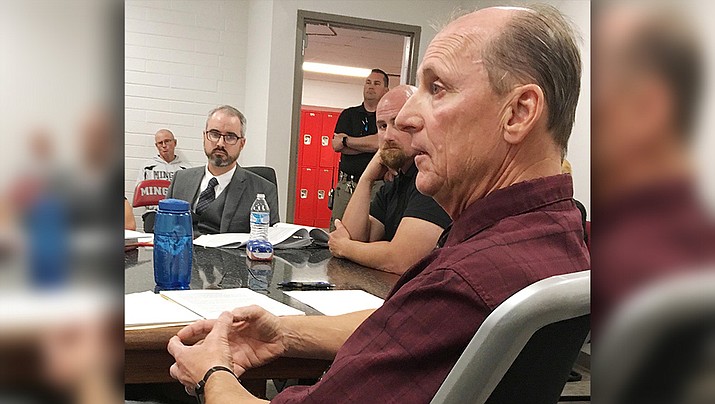 There remains many questions concerning what was first reported as “an incident” on one of the Mingus Union High School athletic team buses.

But there is one important answer stemming from the March 6 incident: There is zero tolerance for student hazing at Mingus.

That was the message delivered Monday by the Mingus School Board in handing down 180-day suspensions for two varsity baseball players at Mingus. The suspension goes so far as to not allow the students to take online classes at Mingus. It is, in effect, a restraining order that disallows the students from setting foot on the MUHS campus or attending or participating in any Mingus school functions.

Further, is there any truth to the suggestions made Monday that hazing has been part of the Mingus athletic culture? Was this an isolated incident, or have things like this happened in the past with MUHS athletic teams and looked upon as “boys being boys?”

One can only hope now that the police investigation into this matter – which came at the request of the Mingus administration – will provide answers to those questions.

Quickly, thoroughly and with the appropriate consequences for all involved.