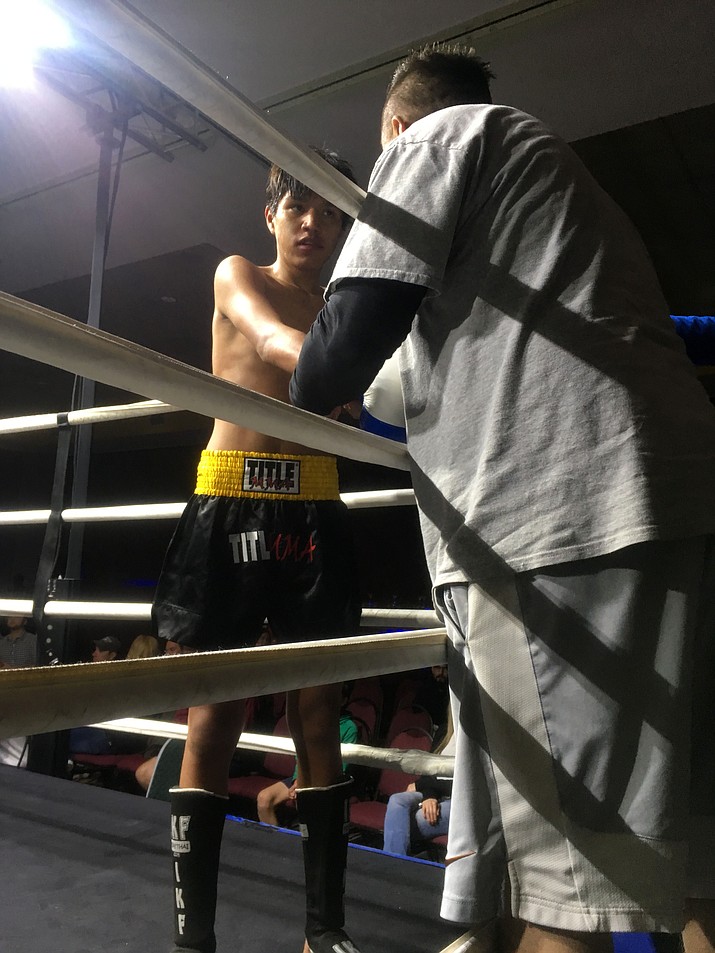 Hines, who goes to Mingus Union, lost to Joey Siplyak in five rounds.

“Well we didn’t get the win (Saturday) night but Adam Hines fought his heart out, a five round war,” trainer Richard Williams said. “Hats off Joey Siplyak to the new IKF Southwestern USA Champion until we meet again.”

Hines has fought in New Mexico and South Carolina in recent weeks.

“Imagine being 15 years old and being invited to fight coast to coast within two weeks,” Williams said. “Adam has been a busy young man it started in New Mexico two weeks later South Carolina then two weeks later. San Diego what great experience, a lifetime of memories and like I said before, Adam didn’t lose. He learned I am so proud of this young man.”

In a little over a month Hines will return to action in the USMTO open in Phoenix.