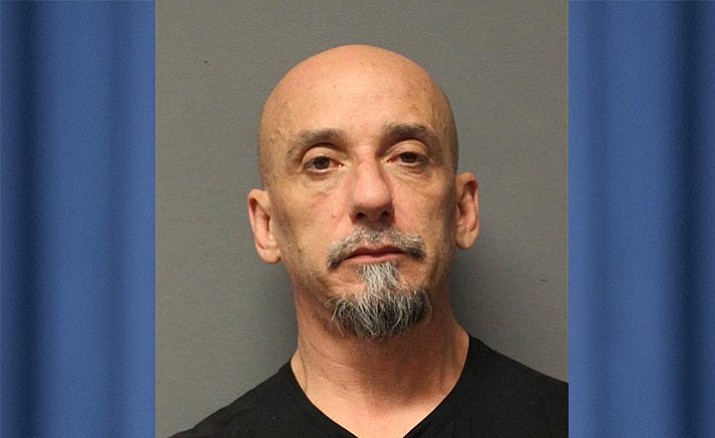 Jerome — A Jerome man is facing multiple drug-related charges following a search warrant and arrest by Partners Against Narcotics Traffickers and the Jerome Police Department.

PANT, assisted by Jerome Police, served a search warrant to and later arrested Robert Allan Mannino at his home at the 600 block of Clark Street Thursday night.

Mannino is currently being at the Yavapai County Sheriff's Office on a $20,000 bond.

The investigation began last October when Jerome Police received a tip via a Facebook comment. According to Jerome Police Chief Allen Muma, Mannino was a suspect for years based on local tips, but nothing could be substantiated by police.

After receiving the tip and additional information for another ongoing investigation, Jerome Police contacted PANT to investigate, leading to the search warrant.

Muma described the seizure as “substantial” for Jerome’s 550-person population. Officers seized a pound of marijuana, just under two ounces of psilocybin mushrooms, approximately a half ounce of cocaine, as well as THC wax, LSD, cash and weighing scales.

“The search warrant corroborated a lot of the information we received over the years of this suspect’s drug involvement,” Muma said.

According to police, Mannino has been a resident of Jerome for fifteen years and also has a home in Budapest, Hungary.