5 things to watch in sports this week Apr. 1 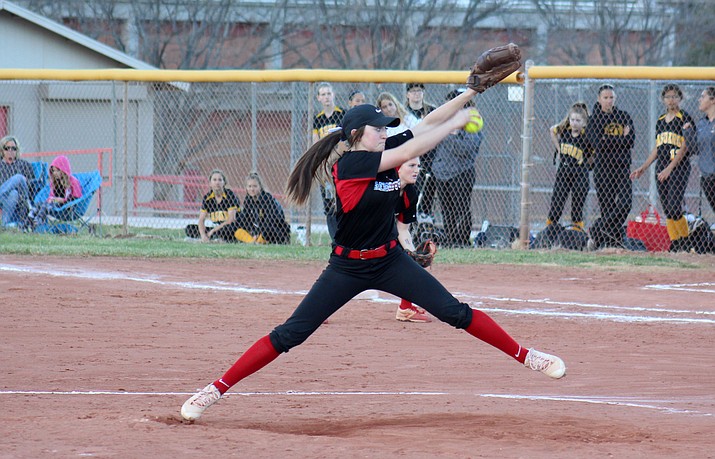 Mingus senior Kaycee Williams and the No. 4 Marauders host No. 8 Coconino on Thursday at 3:45 p.m. (VVN/James Kelley)

The first Sunday Night Baseball game of the year is a classic rivalry.

The Los Angeles Dodgers host the San Francisco Giants on Sunday at 5:37 p.m.

It’s barely the start of April, but it feels like a very important game as the depleted Giants look to show that they’re better than last year’s 64-98 squad.

Although they have the second biggest payroll in the majors, the G-Men open the season short handed, without Jeff Samardzija, Madison Bumgarner and former UA pitcher Mark Melancon.

Then again it’s an even year.

As of press time the winners of the Final Four games were not available but judging by how the rest of the tournament went, the national championship game should be a doozy.

The 2018 Division I men’s basketball tournament championship game will tip off at 5 p.m. on TBS on Monday.

Not only does the game figure to have a big impact on the rankings as softball season enters its closing weeks, it also is big in the race for the region championship. Going into the week, Coconino leads the Grand Canyon by a half game over the Marauders, with a 6-1 region record.

Also on Thursday afternoon at Mingus Union, the No. 32 girls tennis team hosts No. 45 Bradshaw Mountain at 3:30 p.m.

If you’re busy during the afternoon game, the second game of the series is next Sunday at 10:30 a.m. on Fox from Houston.

It’s a big weekend for Camp Verde baseball and softball.

On Friday at 3:45 p.m., the Cowboys host the Northland Prep baseball and softball teams.

In baseball Camp Verde is ranked No. 16 and NPA is No. 15. Plus last season Camp Verde edged Northland Prep in an extra innings classic to win the region.

In Softball, CV is No. 3 and Northland Prep is No. 18. All four teams are in the top three in the current region standings.