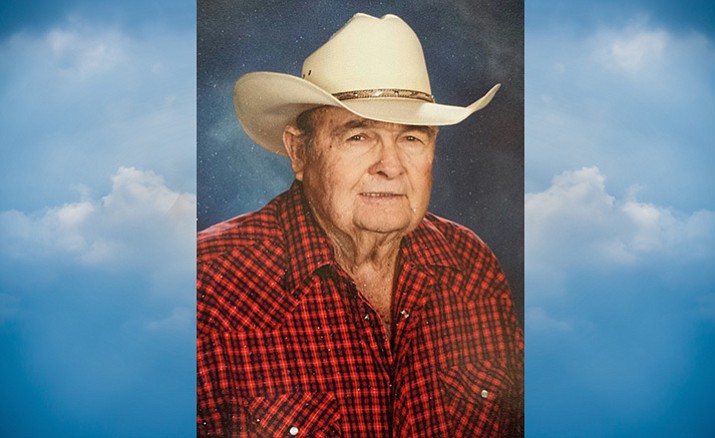 Hugh Wayne Massey passed away quietly at home in Camp Verde, Arizona, with his wife by his side, on March 24, 2018.

Hugh was a Cement Mason by trade for over 35 years, and a member of Union Local 394 O.P.C.M.I A; but his calling was the job he loved most from 1964-'70 at Mickle's Valley View Ranch as Manager of their quarter horse/thoroughbred breeding operation in Scottsdale, Arizona.

Hugh was born in Wetumka, Oklahoma, on June 30, 1937, moved with his family at six months of age to Scottsdale, Arizona, where he grew up and lived 30 years.

He graduated from SHS Class of '55 where he was a four-sport Letterman in football, basketball, baseball and track. He attended NAU and quarterbacked the Lumberjacks his freshman year, leaving school to work construction.

The family moved to Chandler in 1970 and he was involved with his boys in many years coaching their Little League baseball teams, mentoring their 4-H and FFA swine projects and hunting trips were the Massey Family vacations.

Hugh retired in 1996 and moved to Camp Verde, Arizona. He loved his family above all else and loved gardening, hunting, camping, the New York Yankees and the 16 years of riding his white mule, Jimmy Joe all over Arizona trails and wilderness wonders.