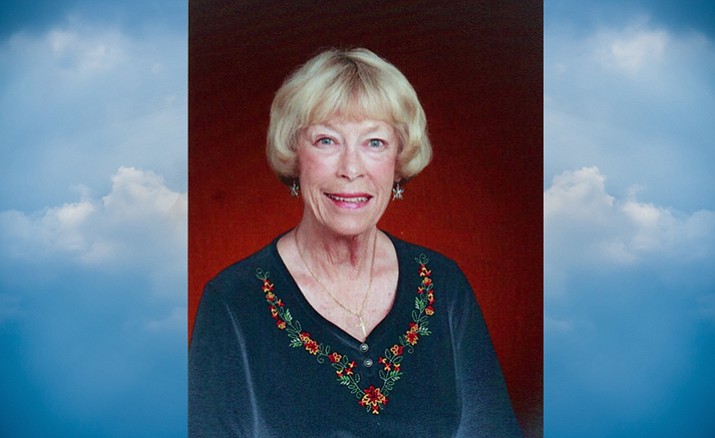 Sandra Kay Simmons (Ross), 75, of Cottonwood, Arizona, passed away peacefully April 27, 2018, with her loving family by her side. Services will be held at Immaculate Conception Catholic Church, 11 a.m., May 12, 2018, 700 North Bill Gray Road in Cottonwood, Arizona. Reception to follow.

Sandi Simmons was born in Geneva, Illinois, Feb. 21st, 1943. After WWII her family moved to Sierra Vista, Arizona, where she attended Tombstone High School through her sophomore year, and later transferred to Buena Vista where she was in the first graduating class. As a student she loved playing sports and was a stand-out in tennis and bowling. Sandi met the love of her life, Frank Simmons, while attending Tombstone High School. She later attended Saint Mary’s Nursing School in Tucson, while Frank attended and later graduated from the U of A. They were married in Sierra Vista, Arizona, on August 22, 1964.

They moved to Phoenix, Arizona, in 1965, where she began a long and successful career in nursing. Sandi attended Glendale Community College where she completed her nursing degree. She became an Emergency Room nurse at Phoenix Baptist Hospital, and later became the second ever Level I certified Trauma Nurse in the state of Arizona. She then started the first Level 1 Trauma Nursing program in Arizona, at Phoenix Baptist, while also joining the state’s first ever medical flight team, Survival Flight, out of Phoenix Baptist starting in 1979. On the 15th anniversary of GCC’s nursing program, Sandi was honored with the Most Outstanding Graduate award. She had a long and adventurous nursing career. One of her most memorable moments was being selected to join the medical team assigned to President Ronald Regan during his re-election campaign throughout her birth state of Illinois and Missouri. Sandi later became a recovery room nurse and retired after 35 years in the industry.

While living in Phoenix Sandi enjoyed attending the Suns’ games by helicopter, spring training baseball and cheering on the Washington High School Rams baseball, football and basketball programs. She was a diehard Wildcats Basketball and Arizona Diamondbacks baseball fan. She loved dancing, reading books and pool time. Another great enjoyment in her life was spending time on “Grandma’s Beach” in Mexico (Playa Encanto), where she was fortunate enough to spend 100’s of vacations with family and friends over many decades. After retirement, Frank and Sandi moved to Cornville, Arizona, where they met many more wonderful friends and neighbors and became devout parishioners of Immaculate Conception Catholic Church.

Sandi’s greatest enjoyments in life came from being a mother and grandmother, while enjoying a life well lived with her one true love, Frank, for the past 58 years. Together, they enjoyed raising their two sons Mike and Mark, and later became actively engaged in the activities and upbringing of her unconditionally loved grandchildren, Katie, Matt, Luke, Zach and Kyle.

Sandi was preceded in death by her parents, Emil and Nina Ross. She is survived by her eternal loving husband Frank Simmons, sons Michael Ross Simmons (wife Jennifer) and Mark Robert Simmons (wife Lori), and 5 grandchildren Katherine Michelle Williams (husband Alex), Matthew Ross Simmons, Lucas Franklin Simmons, Zachary Raymond Simmons and Kyle Mark Simmons, her sister Barbara Ross of Sierra Vista, and many nieces and nephews. Sandi lived to love, and loved to live, and she will be forever adored and admired by her family and friends; mom was our angel here on Earth.

In lieu of flowers, donations may be made to Immaculate Conception Building Fund, 700 N. Bill Gray Road, Cottonwood, AZ 86326.