Voters will have last say on voucher program 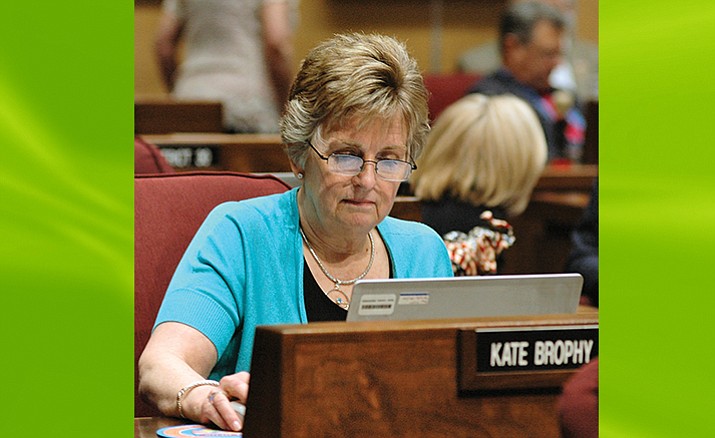 PHOENIX -- It looks like voters are going to get the last word on whether they want more tax dollars used to send children to private and parochial schools.

Two Senate Republicans told Capitol Media Services Thursday they will not support a move by GOP leaders to rescind the voucher expansion program approved last year and replace it with something else.

The opposition by Sens. Kate Brophy McGee of Phoenix and Bob Worsley of Mesa is significant because there are only 17 Republicans in the 30-member chamber. And with the 13 Democrats not interested in undermining the referendum, that leaves any repeal-and-replace proposal short of the necessary 16 votes for approval.

What makes their opposition important is that any change in the measure referred to the ballot, even as small as a comma, would effectively have undermined the signature-gathering effort of foes of an expanded voucher program, an effort that has prevented the law from taking effect until voters decide this November whether to ratify or repeal what lawmakers had done.

“It’s honoring the people who got it to the ballot,’’ Brophy McGee said, noting that opponents of expansion of the voucher program gathered more than 100,000 signatures. They needed only 75,321 of them to be valid to force the election.

More to the point, Brophy McGee noted they got those signatures within the 90-day window the law allows, something she called a “virtually impossible circumstance.’’

Worsley confirmed that he won’t support any move to undermine the referendum but declined to say why.

Key Republicans have been trying to find a way to thwart the November vote. House Speaker J.D. Mesnard, R-Chandler, said he is convinced that the measure to make vouchers available to more can be “improved.’’

But there also is a concern that the people who come out to vote against the use of tax dollars for private and parochial schools also would vote against the GOP lawmakers who approved the expansion -- and Gov. Doug Ducey who signed the legislation into law.

Mesnard told Capitol Media Services he hasn’t given up yet. He said he still might try to line up the votes for an outright repeal, something that would give foes of vouchers the victory they want -- but without the political risk to Republicans.

At issue is a measure approved last year by the Republican-controlled Legislature and signed by Ducey to allow more Arizona children to get public dollars for a private education.

The original program approved in 2011 was designed to provide what are formally called Education Scholarship Accounts to students with special needs that could not be met in public schools. But voucher supporters have slowly widened the door to where it now includes foster children, children from reservations and children who attend schools rated D and F.

What was approved last year would remove all those restrictions, saying any student could get a voucher.

To get the votes, however, supporters had to agree to a cap of 30,000 vouchers by 2023 out of more than 1.1 million children attending public schools. But foes of expansion note that cap can be removed by a future legislature.

Members of Save Our Schools Arizona argued that an expanded voucher program diverts tax dollars that otherwise would go to underfunded public schools. So they took advantage of a constitutional provision which gives voters final say over legislative acts if they can gather sufficient signatures, which they did.

Voucher supporters tried to undermine the successful petition drive, claiming in court papers there were a series of legal defects in the petitions. But that lawsuit was thrown out after a judge concluded that the challengers to the referendum themselves had not complied with legal procedures.

Ducey, up for reelection this year and facing challengers in both the GOP primary and general election, has defended the use of tax dollars for private and parochial education even amid complaints Arizona spends less than most other states on its public schools.

“I am a supporter of public education,’’ he said in supporting the measure when it was approved last year. “Public education means educating our public.’’

Nor is he dissuaded by the fact that public funds can go toward providing a religious education.

“We’re allowing parents access to their tax dollars in the service of their child’s education,’’ Ducey said.