Holdgrafer caps season with more PRs at the Meet of Champions 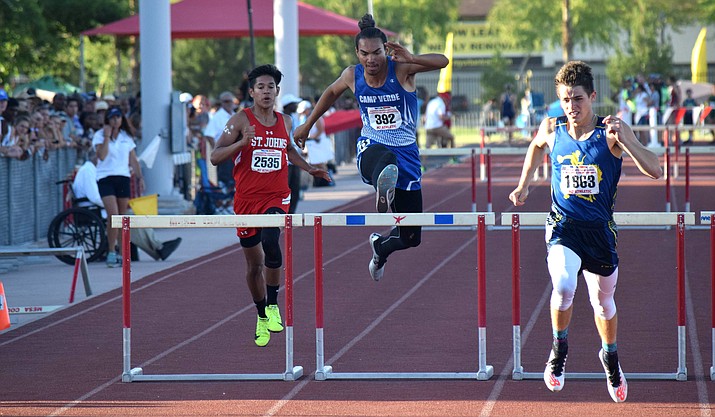 Camp Verde High junior Christopher Holdgrafer finished the season in style, continuing the success he had at the State meet.

On Thursday at the Meet of Champions at Brophy College Prep in Phoenix, Holdgrafer picked up another couple of personal record after racking up a handful of PRs at the state championship meet the week before.

“It was a great way to end his season,” said CV track and field head coach Mike O’Callaghan.

The state championship meet is spread across four divisions, where you compete against schools about your size. The Meet of Champions is the top finishers from all divisions competing against each other.

So Holdgrafer was competing against schools with 3,700 something students. Camp Verde has about 500 students.

Holdgrafer finished seventh in the 110-meter hurdles, recording a PR (15.61a). It was the third race in a row he got a PR in that event.