Camp Verde Class of 1998 to contribute $1,000 to this year’s senior scholarship assembly 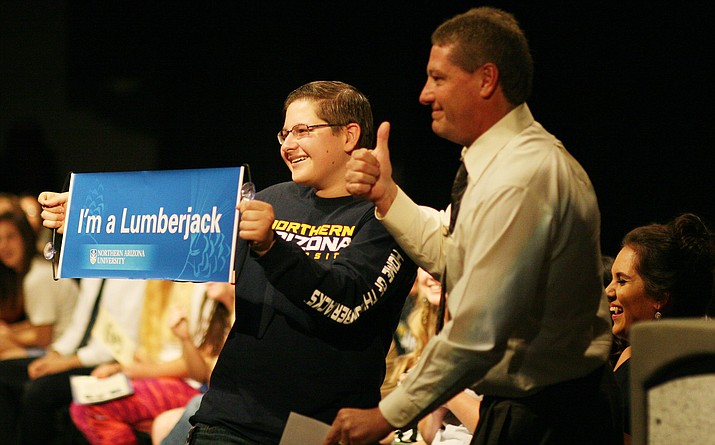 Each year, Camp Verde High School graduates receive thousands of dollars in scholarships as they advance to college. The scholarships – and the money – are given out at the school’s annual scholarship assembly. (Photo by Bill Helm)

CAMP VERDE – At 11:30 a.m. Thursday in the Philip England Center for the Performing Arts, Camp Verde High School will hold its annual scholarship and awards ceremony.

One of the many scholarships that will be given out at the annual scholarship assembly is a $1,000 cash prize by the Camp Verde High School Class of 1998.

Said Candy Hammond, a graduate of the Class of 1998, her fellow post-graduates decided to offer a scholarship “as a way of giving back on the year of our 20-year class reunion.”

The name of the Class of 1998 award recipient is being withheld until the ceremony.

Hammond, who lives in Beaver Creek, will be present at the ceremony, she said.

“I was chosen because I pitched my idea to the class president, Paul Clawson, and he ran with the idea setting up our reunion Facebook page and the Go Fund Me page,” Hammond said. “When he was asked if there would be a representative at the awards ceremony he thought of me, since he resides [out of the area].”

The Philip England Center for the Performing Arts is located on the campus of the Camp Verde Unified School District, at 210 Camp Lincoln Road.