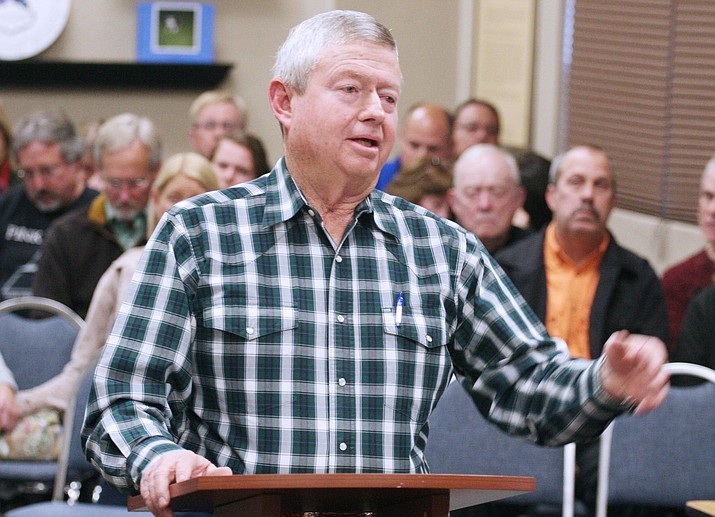 COTTONWOOD – Andy Groseta and his Committee for Better Upper Verde Valley Schools – 2018 have referred to SB 1254 as “voter empowerment legislation.”

But folks on both sides of the consolidation issue between the Cottonwood-Oak Creek and Mingus Union High School districts have debated the motivations of this empowerment, as well as who is empowered and who is not entitled to be empowered.

Wednesday, Arizona Governor Doug Ducey signed off on SB 1254. This means that voters will be able to vote on the consolidation of the two districts – since the Cottonwood-Oak Creek School Board voted in December to support the process of consolidation and if the Groseta group is able to collect 1,619 required signatures by June 4.

“We are well on our way in gathering signatures on the petitions to put this on the ballot for the November 2018 election,” Groseta said. “We feel confident that we can be successful in meeting the requirement for the minimum number of signatures.”

Groseta has not said how many signatures have been obtained by Committee for Better Upper Verde Valley Schools – 2018.

Cottonwood-Oak Creek School Board member Jason Finger, who also is “pro-consolidation,” said that Groseta’s group “will put its heads down and move forward” with collecting signatures.

Thursday, Groseta said he is “very pleased” with the governor’s action.

“Our thanks also goes to the State Legislature, both the House and the Senate, for passing S.B. 1254,” Groseta said. “We really do appreciate their support.”

Groseta and his pro-consolidation group “strongly believes that if [the two districts] are consolidated, there would be a considerable cost savings achieved which can be reallocated to the classrooms.”

However, evidence provided by business managers from both school districts suggests that any savings would be offset by the cost of equalizing salaries between the two districts.

The Cottonwood-Oak Creek School Board decided a month into the meetings of the Advisory Committee for Consolidation that it would support the public’s opportunity to vote on a district merger.

Scheduled to meet at 6 p.m. Thursday, the Mingus Union School Board has not voted to support a consolidation measure going to the public.

“I hope that Mingus at their meeting will think hard about the voice of the local voters and send [consolidation] to the voters,” Finger said. The Groseta group “has done a lot of hard work on this.”