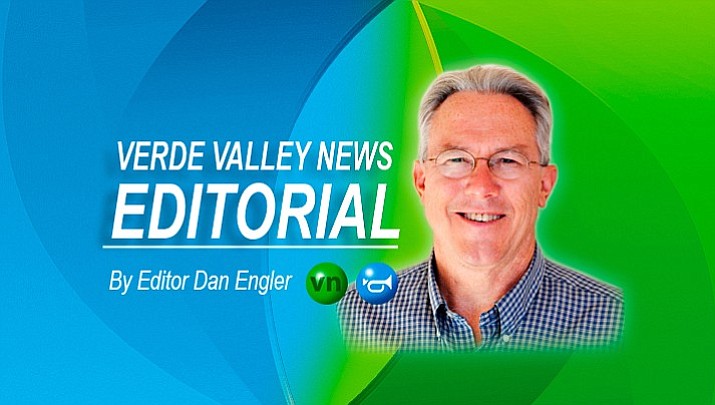 A challenge last month to the Mingus Union School District’s compliance with the Arizona Open Meeting Law resulted in a comedy of errors by the MUHS administration and legal counsel.

The challenge came from a citizen alert that Mingus had failed to comply with a 24-hour posting notice of an upcoming meeting on the district’s website.

It turned out the citizen was right. And there was an easy explanation for why it happened: human error. That’s all it was.

While Mingus did fail to post the meeting on its website in accordance with the law, it did meet the statutory requirements with various physical postings. Besides, the school was not trying to hide anything. Earlier the same week, without being asked, school officials emailed a copy of the draft agenda for Thursday’s meeting to local media. It was no secret the Mingus Union School Board was going to meet and there was no secret about the issues board members were going to discuss.

Instead of leaving the digital noticing miscue as an honest mistake, Mingus instead felt it necessary to go on the offensive. Mingus officials sent out an email, courtesy of the district’s legal counsel, basically telling those concerned to read the Open Meeting Law.

Ironically, when comparing every stipulation in the law to the public noticing practices on Mingus’ own website, it was obvious the school was tripping over the statutes at every turn. Mingus was so preoccupied with saving face over simple human error that it ended up shining an even brighter light on the more obvious problem of being sloppy at every turn when it came to complying with the Open Meeting Law.

Since then, the district has resolved those problems. One could still make a case that the district is not in full compliance, but such arguments fall into the category of splitting hairs.

What is even more interesting about this whole episode is that in taking forward steps to toe the line on the Open Meeting Law, the district has at the same time taken a huge step backward in its transparency policies.

Prior to the revelations about Mingus’ sloppy Open Meeting Law compliance, the district regularly included all the support documentation to the agenda items it posted online. In other words, if it was documentation school board members would view, Mingus made sure the public had full access to the same documentation.

Now, if you want to view such material, you have to ask for it, or file an official Arizona Public Records Law request. That’s assuming you know such information exists.

A classic case in point was the fact that the Mingus School Board approved the hiring of a new head football coach Thursday. You sure would not know Mingus was going to take such action by reading the meeting agenda, however, as this action was buried in an agenda item that read, “Personnel changes summary for May, 2018 attached to Board packet.”

District Superintendent Penny Hargrove said she is only following the advice of the district’s legal counsel in no longer including background documents in electronic agenda postings. That’s a weak excuse when compared to the agenda noticing practices of other government agencies in the Verde Valley.

For example, the Cottonwood-Oak Creek District website allows the public to see all current and past meeting agendas complete with all the support documentation it provides to the school board.

Ditto for the City of Cottonwood. City Council meeting agendas include links to all the background information on the issues the council will discuss.

The Town of Clarkdale’s website provides the public with council agendas that include links to all background material, or the option of downloading a PDF package of the agenda and all support documentation.

Mingus claims to be following legal advice that is 180 degrees opposite the practices of most other government agencies in the Verde Valley.

It’s advice that clearly fails the transparency test and is guaranteed to erode public trust.