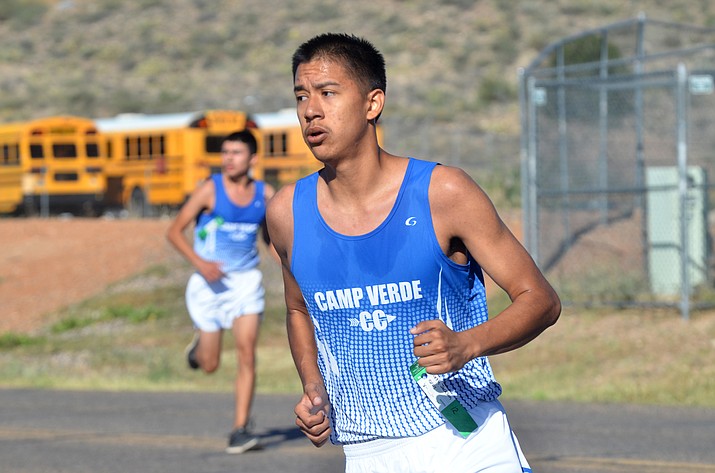 After a season of meets across the state and with some new runners, Camp Verde High cross country heads to Sectionals.

On Friday, the Cowboys will head to Holbrook for the Division IV Section III meet at the Hidden Cove Golf Course. The girls race will start at 2 p.m. and the boys at 2:30 p.m.

The Cowboys have added athletes from other fall sports, football, soccer and volleyball to try and get to State.

“It’s going to be a very competitive meet, we’re going to have to work hard to get to State,” CV head coach David Castillo said. “We do have a seven-man scoring team for the boys. Of course the top five on the team will score but we do have seven, we picked up a football player and a soccer player. We’re going to have work very hard, there’s a lot of competition with those northern schools.”

“We try to recruit whenever we don’t have a full team,” Castillo said. “We try to recruit to try to make a scoring team for Sectionals and State but if we have full teams then obviously we go with the kids that have been running all year but definitely we always welcome any other kids and maybe we spark an interest and get then in cross country be able to do the same thing next year.”

Holm, who also plays softball and basketball is even coming to run after basketball tryouts.

The top half of the teams at Sectionals qualify for State and the top 25 runners make it as individuals.

Castillo said the last few meets have gone well for the Cowboys.

“The guys have been and Daphne the girl, they’ve been bringing their times down little by little, getting more consistent with their pace,” Castillo said. “We went to the Benson meet and they’re very competitive. Same thing as we talked about last time, the guys were coming in right after each other, so they’re working good as a team and just getting consistent with their pace.”