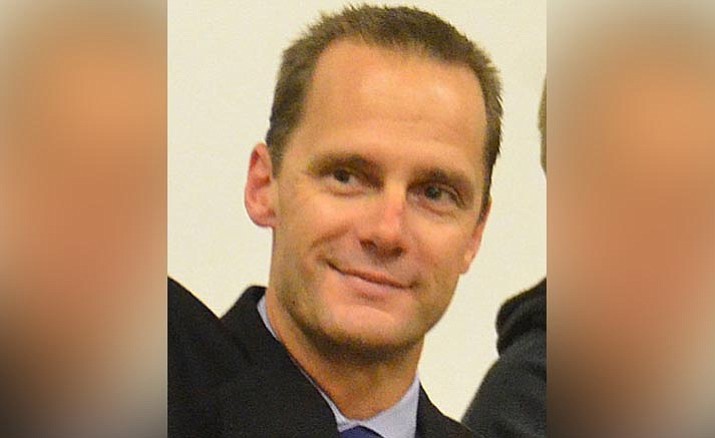 In August, Gesell, chief of the Cottonwood Police Department, provided the Cottonwood-Oak Creek district with a school liaison much like a School Resource Officer.

“Whenever we need something, such as police presence, additional coverage, support of school zone designation, he’s been there,” King said of the Cottonwood Police chief. “He’s building those connections between our community and law enforcement.”

According to CPD Commander Jody Makuch, the role of school liaison – officially known as a School Security Officer – is a three-year commitment for Rice.

“It takes a while to establish these relationships, so there’s some consistency,” Makuch said.

Besides adding what Gesell called an “additional layer of security for students and staff,” the school liaison helps Cottonwood Police Department “enhance our relationship with the community and pays dividends as kids mature into adults.”

According to Gesell, Rice’s duties as School Security Officer are “fully funded” through the budget at Cottonwood Police Department.

“Essentially, we took the position freed up from the Mingus School Resource Officer grant and assigned an SSO to primary feeder schools.”

His duties this year have included “truancy, issues involving need for the police and communications,” King said.

“A lot of times when we’ve needed an officer, he’s been there,” King said.

The Cottonwood-Oak Creek School Board’s regular monthly meeting will be held at 6 p.m. Tuesday, Nov. 6 at the District Office, located at 1 N. Willard St. in Cottonwood.