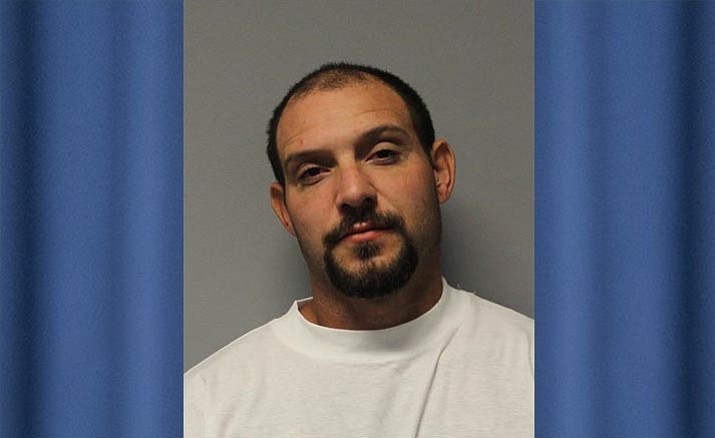 A 35-year-old Cottonwood man was arrested on Nov. 1 after “pulling a gun” and shooting and missing a man several times on Halloween night near Old Town, according to Cottonwood Police.

On Halloween night, Cottonwood Police received reports of gunshots near Yavapai and North First Street, said Cottonwood Police Sgt. Monica Kuhlt. They later learned that Cenera and a woman were at a man's residence to confront him about property that was allegedly stolen from the woman, Kuhlt said.

“All parties involved knew each other,” Kuhlt said.

According to police, Cenera “pulled a gun” and shot at the man several times but missed. He then fled on foot.

“The victim was not hit but his residence suffered damage from the bullets,” Kuhlt said.

The next day on Nov. 1, officers received information that Cenera and the woman he was with were at a residence in a Yavapai-Apache reservation in Camp Verde, according to police. The Yavapai-Apache Police Department and the Camp Verde Marshal’s Office both assisted Cottonwood Police in the arrest, police said.

A possible bomb was located inside the room of the residence, Kuhlt said. A squad was called and rendered the bomb safe.

“They destroyed the device and determined it was non-operational,” Kuhlt said. “The female companion was not charged”

According to court documents, Cenera pleaded guilty on criminal impersonation and criminal damage charges in 2016. He was released from prison on May 20.

Court documents also show Cenera has also been convicted on a dangerous drug violation, misconduct involving weapons and leaving the scene of an accident/death.