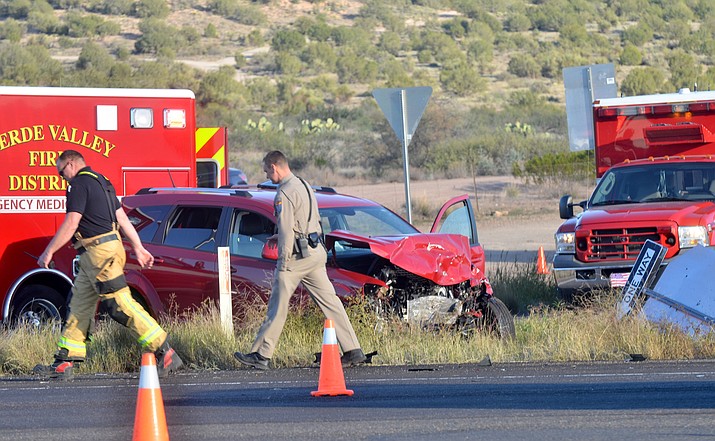 State Route 89A north was closed at Page Springs Road between Cottonwood and Sedona at 4:30 p.m.Thursday. A medical helicopter landed on the highway and the Department of Public Safety was at the scene investigating. The Verde Valley Fire District also responded. VVN/Vyto Starinskas

Nov. 8 accident on Page Springs Road and 89A

SR89A north is closed at Page Springs Road between Cottonwood and Sedona at 4:30 p.m. A medical helicopter landed on the highway and DPS is at the scene investigating. We will get you more information when police release it. Vvn/Vyto Starinskas

State Route 89A north was closed at Page Springs Road between Cottonwood and Sedona Thursday afternoon after a t-bone crash, according to the Verde Valley Fire District.

According to VVVFD, there was one person in each vehicle.

Northbound SR 89A and Page Springs Road were both shut down to allow a medical helicopter to airlift one of the drivers involved in the crash to Flagstaff.

VVFD personnel checked on the other driver but the driver refused further medical treatment.

SR 89A was closed for 1.5 hours while Page Springs Road was blocked for more than three hours, according to VVFD.