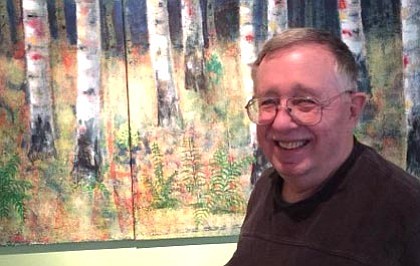 An artist, archaeologist and gallery owner, he had a kind heart and wonderful sense of humor that stayed with him until his passing. He will be dearly missed by his family and friends, but he remains beloved in our hearts.

He was preceded in death by his parents, Wayne and Vera Hudgens; and his nephew, Kurt Hudgens.

For those wishing to attend his celebration of life, it will be held from 3-5 p.m., on Sunday. Nov. 18, at Theia’s Coffee Shop, 361 Cedar St., Sedona, Arizona, where his artwork will be on display until Dec. 31.