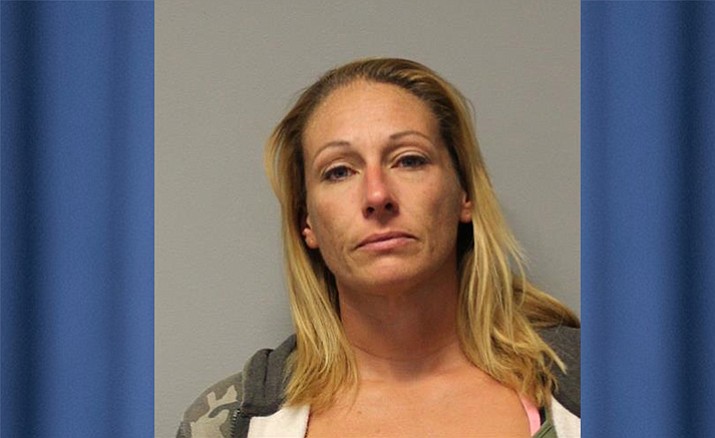 A Cottonwood woman accused of being involved in a shooting in Old Town on Halloween night was arrested Sunday on weapons, aggravated assault and false reporting charges, according to Cottonwood Police.

Michelle Rigsby, 37, and Michael Cenera, 35 are allegedly involved in a shooting near the 1000 block of North Second Street, according to Cottonwood Police.

On Halloween night, Cottonwood Police received reports of gunshots near Yavapai and North First Street, said Cottonwood Police Sgt. Monica Kuhlt. They later learned that Cenera and Rigsby were at a man's residence to confront him about property that was allegedly stolen from Rigsby, according to police. Kuhlt said all parties involved knew each other.

“The victim was not hit but his residence suffered damage from the bullets,” Kuhlt said.

According to police, both Cenera and Rigsby fled the scene but were later found in Camp Verde the following evening.

“At the time, officers weren’t able to show Rigsby was actively involved,” Kuhlt said. “Since then, probable cause was established and evidence seized that showed she was directly and actively involved.”

Rigsby was arrested and booked into the Yavapai County Detention Center on charges of transferring a deadly weapon to a prohibited possessor, possession of a deadly weapon, aggravated assault and false reporting, according to police.

All charges are felonies except for the false reporting, Kuhlt said.