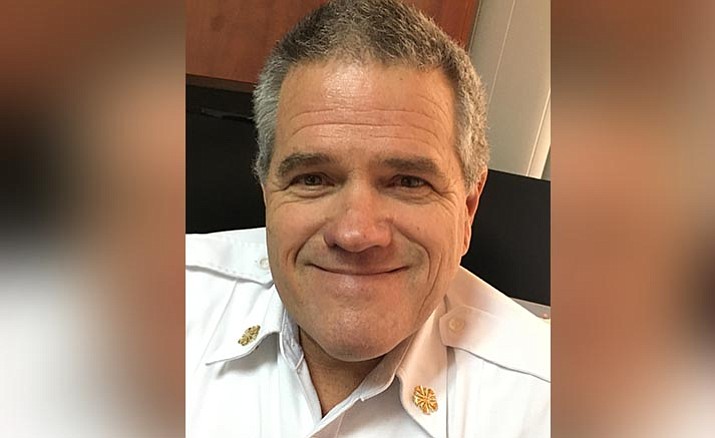 It’s possible that on January 2, the two fire districts will cease to exist. At least as we know them right now.

On Tuesday, Nov. 20, the Camp Verde and Montezuma-Rimrock districts, as well as the Copper Canyon Fire Medical Authority will hold a total of five meetings that could lead to the creation of a new entity, a consolidation of the two districts.

Should the votes of the two boards be unanimous, the Camp Verde and Montezuma-Rimrock fire districts, as well as the Authority would be replaced with the Copper Canyon Fire and Medical District.

First at 9 a.m. for the Camp Verde Fire District, then at 10:30 a.m. for Montezuma-Rimrock, the two districts will each hold a final public hearing to solicit feedback on the proposed merger of the two entities.

Though each of the districts held a public hearing in October to discuss the merger, the Nov. 20 hearings are to “take in more public input and to ensure we have complied with the notice requirements under statute,” said Copper Canyon Fire Chief Terry Keller.

At noon, then at 12:30 p.m., the fire boards of Montezuma-Rimrock then Camp Verde will vote whether to merge, then to dissolve the Authority.

According to Keller, should the resolution to merge be passed unanimously by both boards, then the two boards would need to hold a joint meeting to select a new board for the merged district.

That meeting is tentatively scheduled for Monday, Dec. 3, Keller said.

Should this occur, the boards would then tell the Yavapai County Board of Supervisors who the new board members are. The new district would then become official 30 days later, Keller said.

Keller also said that the resolution would contain language “currently being drafted by attorney” that if either board does not vote in favor of the merger, that the JPA – thusly the Copper Canyon Fire and Medical Authority – would continue as it has the past two-plus years.

Cons: Tax rates must be equal; merger cannot be reversed; expansion with other agencies would require a new JPA or new merger; no guarantee of community representation, meaning it’s possible the board could have all board members from one or the other community.