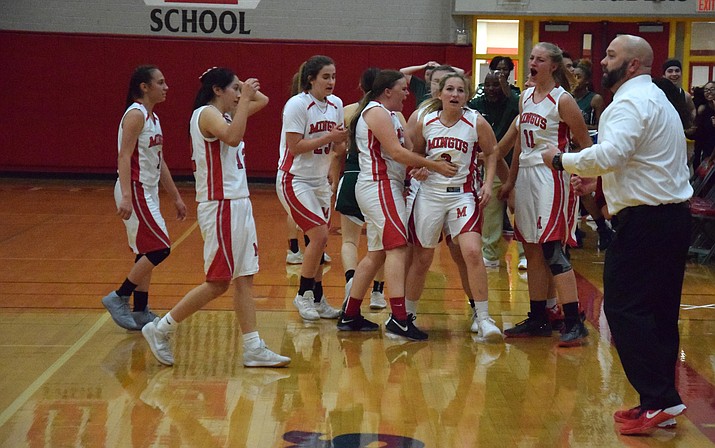 A new head coach leads Mingus Union girls basketball as they try to continue to progression.

Ventura brings up an up-tempo, pressing style to the Marauders. Though he’s been leading the team since the summer, he said change can be tough.

“It’s tough for kids that have been doing something for two years or three years when someone comes in and we change things up,” Ventura said. “They’re getting it, they’re putting in the effort, and that’s the biggest part and they’re getting they’re starting to remember the things that we’re talking about. It’s almost like unlearning something they were doing before, learning something new instead of just being able to improve on what you already know. I like to play up tempo, I like to push the pace, I like to press and that’s new for them. They didn’t really do much of that last year and so I think for them that’s a big shift and it’s going to take a little bit. We’ve been working on it but we had a scrimmage last week and we didn’t play great in the scrimmage but we had a pretty good week of practice after that when we came out (Tuesday) night it looked like practice has been looking.” 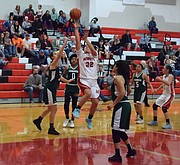 Ventura said the Marauders are deep enough to run this season.

“We have 10 or 11 and our practice is like this, it’s go, go, go,” Ventura said. “We have two hours of constant work. So they’re used to the pace, they’re used to the work load, so I think the depth is fine, a couple girls probably have to start to play a little bit more, get a few more minutes in and be able to do a little more while they’re on the court but that’s going to come with time constant movement.”

MUHS opened the season with a 65-60 loss to Buckeye Youngker in overtime on Tuesday night at home. The Marauders blew a double digit second half lead before junior Dylan Sweeney sank a deep three at the buzzer at the end of regulation to force overtime.

“We have a lot to work on, I thought we played good the first half, started off pretty decent, we were getting up and down the floor, our press was working,” Ventura said. “Then the second half they weren’t setting it up quite as well as I wanted, so we kinda pulled back into half court and I think that’s kinda when they got back into the game, made a run on us there and pushed it into over time.”

The Marauders return to action on Tuesday when they host Peoria at 7 p.m. After a couple road trips to the Phoenix area, they go to the Red Rock Classic in Sedona on Dec. 7 before opening region play on Dec. 11 with Prescott.