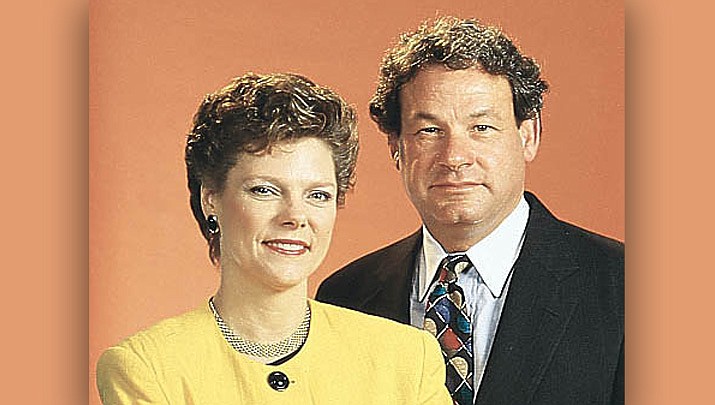 “This is a very, very important case,” prominent Republican lawyer Ted Olson told CNN. “This could happen to any journalist, by any politician. The White House cannot get away with this.”

Give thanks to a legal system that refused to buckle under presidential pressure, and barred the White House from banning Acosta. At least for now. District Court Judge Timothy J. Kelly -- appointed by Trump -- ruled in favor of the reporter, and his White House credentials were restored.

But this fight is far from over. The White House issued new rules governing press briefings and warned that any journalist violating the guidelines could be banished. This is a deliberate attempt to intimidate the press corps. Katie Townsend, legal director for the Reporters Committee for Freedom of the Press, told The Atlantic that the administration can now threaten “to punish particular reporters and news outlets based on what the White House views as unfavorable coverage of the administration.”

If there is any doubt about the president’s malevolent intent toward the press, remember this exchange between Kelly and Trump’s lawyer James Burnham. Kelly asked if the White House had the right to expel any journalist if “we don’t like your reporting.”

Burnham’s chilling, and revealing, answer: “As a matter of law -- yes.”

In addition, Trump cynically sees his assaults on the press as a great way to galvanize his core supporters. Right after CNN filed suit to restore Acosta’s credentials, Trump’s re-election campaign issued a fundraising appeal that exploited the case.

“The mainstream media,” ranted the email, has “an absolute revulsion for everything we stand for as a movement” and will try to “undermine and insult our movement as we fight to put AMERICA FIRST.”

The president also attacked retired admiral Bill McRaven, a Navy SEAL for 37 years who led the raid that killed Osama bin Laden. McRaven had the temerity to write that Trump’s demonization of the press represents “perhaps the greatest threat to democracy in my lifetime.”

In response, the president, during an interview with Fox News, disdainfully dismissed McRaven as a “Hillary Clinton fan” who should have captured the terrorist leader “a lot sooner.”

This is why Olson, who worked in the Reagan Justice Department and argued the Supreme Court case that elected Bush 43 president, makes such a critical point. CNN’s clash with Trump is indeed a very important case, and the White House must not get away with its blatant attempt to undermine a free press -- now, or in the future.

Jim Acosta is a symbol of a much larger issue. Trump tried and failed in this instance, but he will try again, especially as the 2020 campaign heats up and he needs to target an enemy to excite his base. If he’s not resisted, at every turn, every White House reporter will feel the chilling effect. Ted Boutrous, another CNN lawyer, correctly argues that this case threatens the “press credentials for all the reporters.”

Not only that: Trump sets the tone and gives permission for his followers to act like him. If he succeeds in his anti-press crusade, the fallout could be felt in state houses and city halls around the country as tin-pot Trumpians decide that they, too, can try to intimidate the reporters who cover them.

Moreover, this president blemishes America’s reputation as a bastion of press freedom around the world. How can we serve as an example to other countries when we tarnish our own traditions here at home? Kathleen Carroll, board chair of the Committee to Protect Journalists, warned at the group’s annual dinner: “The world is pretty scary right now ... The forces of press repression seem to be getting louder and more powerful by the minute.”

In all honesty, the Acosta affair is an imperfect example for the guardians of press freedom to rally around. As Al Tompkins and Kelly McBride, two experts in media ethics at the Poynter Institute, wrote, “CNN’s Jim Acosta’s actions to Trump don’t represent the best of journalism.” He can be an egotistical showboat who hogs the spotlight, and reporters should “not hand your critic a stick to beat you with.”

Still, Acosta’s flaws don’t come close to justifying Trump’s trampling on the First Amendment. He cannot be allowed to get away with this. And he won’t.

Steve and Cokie Roberts can be contacted by email at stevecokie@gmail.com.

Commentary: Take Obama at his word? Which one - and when?
Commentary: Democrats run risk of unreliable instability by rushing impeachment
Commentary: Rule of law trumps tantrums of Trump
Commentary: Trump Dynasty itching for a fight
Trump sees treason in whistleblower; to ASU prof, it’s not so clear-cut
Event Calendar