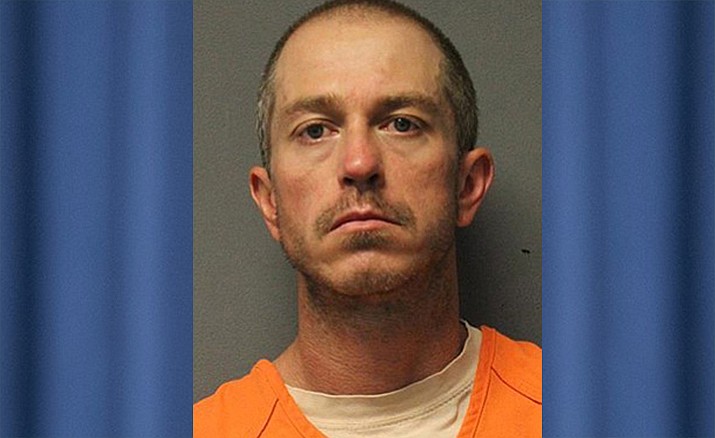 CAMP VERDE – A man who pleaded guilty in a violent Cornville home invasion will be sentenced Monday at the Yavapai County Superior Court in Camp Verde.

Four victims involved in the invasion sustained various injuries including severe lacerations, cuts, scrapes and a head contusion, according to the Yavapai County Sherriff’s Office.

The invasion occurred just after midnight on Sunday, June 3, according to YCSO.

Two men wearing bandanas over their faces entered a home at the 2600 block of South Greaves Place in Cornville They were armed with a revolver and shotgun, YCSO officials said.

The two men were roommates at the time, according to YCSO.

One of the suspects, Mathew Goff, 33, escorted one of the victims at gunpoint to the living room where young children were sleeping, officials said. According to YCSO, Brock fired a shotgun toward the victim, but missed, hitting a VCR player instead.

According to a YCSO news release, another resident and a guest who was outside working in a shop heard the shot. Both entered the living room and a brawl started in the living room.

Goff and Brock were removed from the home, according to YSCO officials. \

Later, Goff allegedly returned with a handgun and started fighting with one of the victims, according to YCSO. One of the victims involved stabbed Goff several times before his handgun was taken away, YCSO officials said.

According to YCSO, Goff ran off but was eventually found lying on the street about a block away, injured from stab wounds. He initially told YCSO deputies that he was “jumped.”

After talking to Goff, YCSO deputies went to his home and found Brock, according to the news release. Brock initially denied any knowledge of the invasion, but his injuries told otherwise, YCSO officials said.

Deputies served a search warrant at the residence and found the shotgun involved in the invasion, according to YCSO.

A follow-up determined that Brock was an ex-family member of one of the victims, said YCSO spokesperson Dwight D’Evelyn.

“Although not confirmed in the initial reports, it appears the suspects sought to rob the home of some valuables they believed were inside,” D’Evelyn said.

Brock was booked the day of the incident and remains in custody, according to YCSO.

Brock’s sentencing is scheduled for Monday, Nov. 26 at 3 p.m. at the Yavapai County Superior Court in Camp Verde. Judge Michael Bluff is the presiding judge.