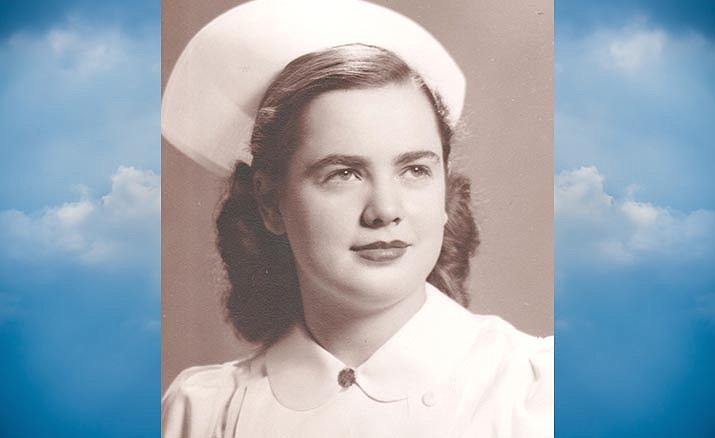 Rose was the eldest of three children in her family. After graduating from high school and working as a secretary, Rose applied and was accepted into Milwaukee County Hospital’s School of Nursing.

After graduation, she worked at Milwaukee County Hospital, where she met and later married her husband, George Bordenave.

Rose continued to work as a nurse after her marriage and after the arrival of their daughter, Sue.

While her husband, George, was serving his country in the Army during and after the Korean War, Rose worked as a civilian nurse with the military in Japan.

After returning to the United States, George and Rose settled in Geneva, Illinois, where daughter, Mary, and son, James, were born.

In Geneva, Rose worked tirelessly and often commented how much she enjoyed being a full-time wife and mother.

In 1974, George and Rose relocated to Cottonwood, Arizona, where George established his second surgical practice. It was a move they never regretted.

Rose enjoyed the years she spent in the growing community, not only working as an office nurse during the later years of her husband’s practice, but she also appreciated the meaningful friendships she had with so many in the Verde Valley.

Funeral services will be held at Immaculate Conception Catholic Church in Cottonwood, Arizona, on Dec. 1, 2018, at 12 noon, with interment immediately following the funeral at All Souls Cemetery.