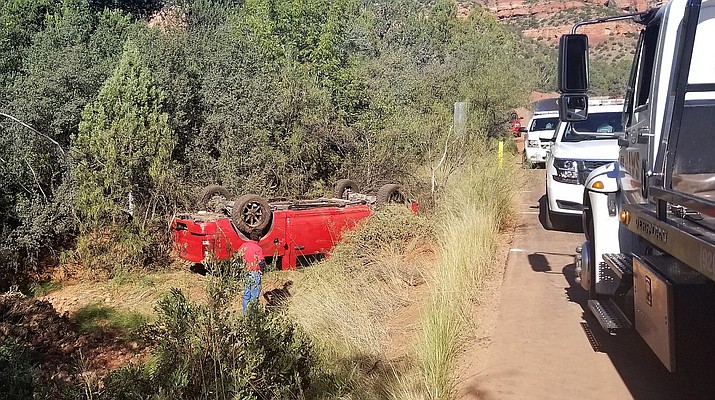 SEDONA -- A Cottonwood woman fell asleep at the wheel Saturday, causing a rollover collision on Boynton Canyon Road, according to the Yavapai County Sherriff’s Office.

Authorities responded to the traffic collision Saturday on Boynton Canyon Road near Boynton Pass Road in Sedona, according to Dwight D’Evelyn, the media coordinator for the Yavapai County Sheriff’s Office.

According to D’Evelyn, Cottonwood Fire personnel reported a single-vehicle rollover at a ditch.

“The driver, a 29-year-old Cottonwood woman, later told deputies she had fallen asleep while driving to work,” D’Evelyn stated in a news release. “When she woke, she overcorrected the steering and went off the right side of the road then veered back to the left side of the road. At this point, the vehicle flipped and landed in a drainage culvert several feet below the roadway.”

D’Evelyn said the woman was wearing a seatbelt and had minor injuries from the crash. She was transported to a local hospital and later released.

“This incident could have resulted in horrific consequences if the driver had been ejected from the cab,” D’Evelyn stated.