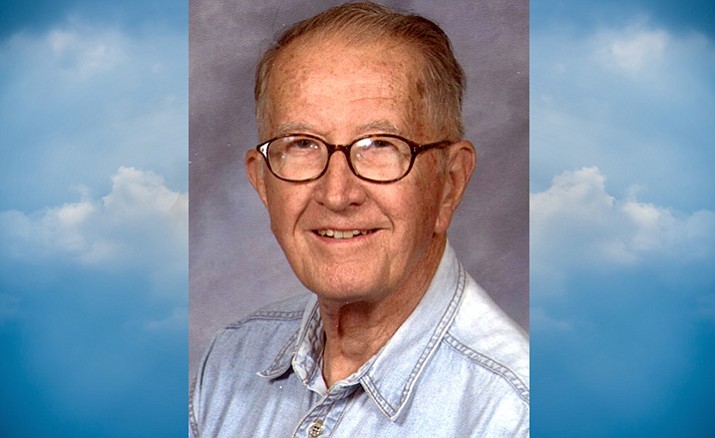 Although he is gone from our presence, he lives on in our hearts until we, too, join him in heaven. He was a devoted husband, father, grandfather and great grandfather.

Throughout his life he lived for Christ first. He was driven by a passion to glorify God in all areas of his life. His faith was of utmost importance. He loved spending time studying God’s Word. He served many years as a Sunday School teacher and Bible study group leader at Grace Community Church in Tempe, Arizona, and Flagstaff Christian Fellowship. It was of great joy to him that he was an elder for several years at Flagstaff Christian Fellowship.

He was known for his intelligence, kindness, humble spirit and dedication of service towards others, especially those in need. Len was the epitome of a life well lived for Jesus. He leaves behind a tremendous legacy.

He attended school in Collingswood, New Jersey, then two years at Franklin Marshall College in Pennsylvania, after which he transferred to Wheaton College in Illinois, and graduated from there in 1951 with his Bachelor’s Degree.

Four years later in 1955, Len graduated with an M.D. degree from Bowman Gray School of Medicine in North Carolina. He interned at Indiana Medical Center in Indianapolis, Indiana, but his residency training was interrupted by a call from the U.S. Army where he served three years in France at the 33rd Field Hospital serving military personal and their families.

His residency in pediatrics was eventually finished at Children’s Hospital at the University of Pittsburgh. In 1962, Len began his practice at the Pediatric clinic, in Phoenix, Arizona, and while there he also served for a time as President of the Maricopa County Pediatric Society.

In 1980, after much prayer, Len left private practice to direct the student medical clinic at Northern Arizona University. While there he also served a year as President of the Coconino County Medical Society. He was most proud of his years at NAU in that soon after arriving there, he energized the staff to get NAU’s Student Medical Clinic medically accredited - the 16th University in the United States to Accomplish that.

He was proceeded in death by his father, Dr. Ralph S. Wright; his mother, Beatrice Lanning Wright; and son, David S. Wright.

A memorial service will be held Oct. 13 2018, at 11 a.m., at Flagstaff Christian Fellowship located at 123 South Beaver Street, Flagstaff.

In lieu of flowers, please donate to Franklin Graham’s Samaritan’s Purse which is actively helping disabled veteran and others throughout the world Condolences may be left for the family at www.norvelowensmortuary.com