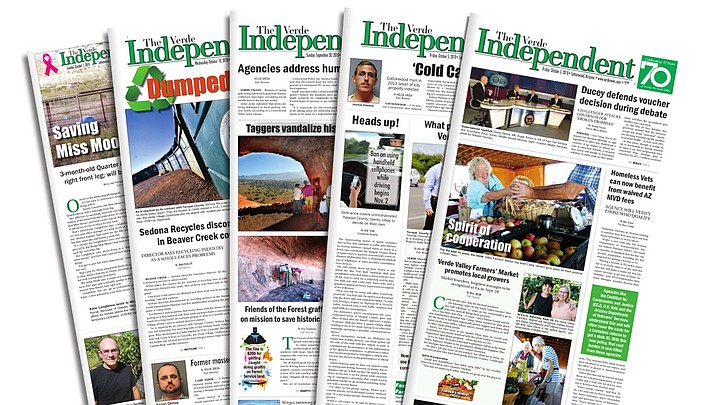 The awards were presented Saturday at the Wild Horse Pass Hotel and Casino in Chandler. 53 newspapers entered in the contest for a total of 1,183 entries, according to an ANA news release.

The Verde Independent won Second Place in General Excellence in its division.

Photojournalist Vyto Starinskas won a second-place award in Multimedia Storytelling for “Big Bertha Roars Again at the Gold King Mine in Jerome.”