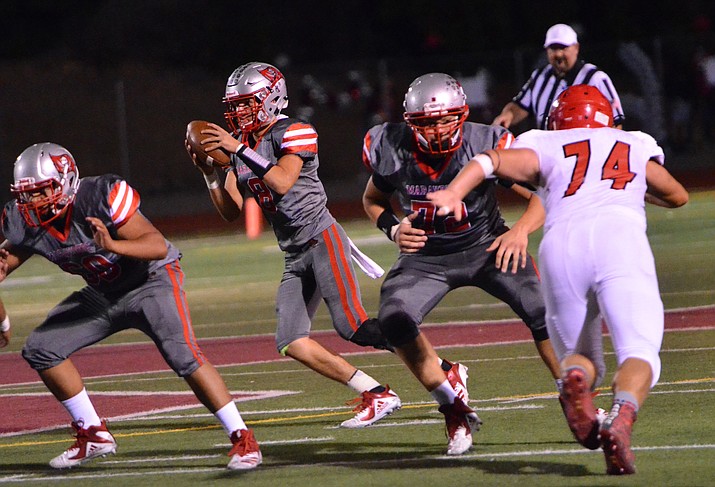 Mingus Union closes out their home schedule with the Bears after a bye last week and a 41-20 successful road trip to Mohave on Sept. 28.

The defending region champions enter the game having won two in a row while last week Bradshaw Mountain suffered their first loss of the season, 26-21, against rival Prescott.

The Marauders will also be looking for revenge, Bradshaw Mountain handed MUHS its only region loss last year, 45-16 in Cottonwood. 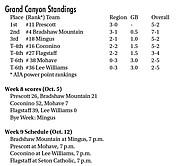 Bradshaw Mountain’s 7-0 start was their best since 1986 and matched their best ever.

Mingus Union closes out the regular season with road trips to No. 27 Flagstaff and No. 11 Prescott.

Unlike the other big schools, the 4A state championship could be at a smaller venue this year.

This week the Arizona Republic reported that the AIA is looking at holding the state championship at a high school stadium or in Tucson.

The 6A and 5A title games are set for Saturday Dec. 1 at Sun Devil Stadium but the 4A game is scheduled for Friday Nov. 30 at site to be determined.

ASU can’t host the 4A game that Friday and so according to the report the AIA is looking at holding it at high school stadium in the Valley of the Sun unless a Tucson team reaches the title game.

Tucson Salpointe Catholic is currently No. 1 in the AIA’s rankings and reached the title game last year. The Lancers lost in the semifinals to Scottsdale Saguaro in 2016.

Mingus Union’s state championship appearances have been at ASU, UA and the Arizona Cardinals’ stadium.

The 3A and 2A state championship games will be at Gilbert Campo Verde on Friday Nov. 23 and the 1A game will be at Maricopa.