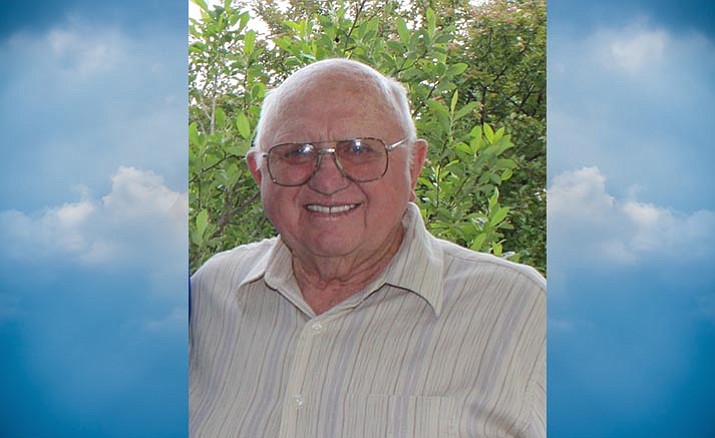 Rodney Mathew Rognholt, 85, of Cottonwood, Arizona, passed away on Oct. 11, 2018, after a year-long battle with cancer.

He was born on Dec. 7, 1932, in Mondovi, Wisconsin to parents, Clarence and Clara (Hoff) Rognholt.

He graduated from Boyceville (Wisconsin) High School in 1951.

He married Bonnie (Rice) on July 29, 1955. They were married for 58 years until Bonnie’s death in 2013. To this union four sons were born: Steven (deceased), Donald of Avondale, Arizona, Mitchell (Nancy) of Lindstrom Minnesota; and Brian of Phoenix, Arizona.


Rodney served during the Korean War and later worked for Swift & Company for many years in South St. Paul, Minnesota, Stockton, California, and Phoenix, Arizona.

He later operated Rod’s Lunchwagons, where he built his own business and operated four catering trucks in Mesa and Phoenix, Arizona.

Upon retirement, Rodney and Bonnie traveled throughout the U.S. as full-time RVers. After 15 years they settled in Cottonwood, Arizona, where they were members of Faith Lutheran Church. Rodney was also a member of VFW Post 7400 and American Legion in Cottonwood.


Rodney was preceded in death by Bonnie, his wife of 58 years; his parents; son, Steven; five brothers and six sisters.

Funeral service will be held on Oct. 29 at 10:30 a.m., at the National Memorial Cemetery in Cave Creek, Arizona, with a luncheon to follow.

The family requests no flowers, please; memorial donations in his name can be made to Cottonwood VFW or American Legion.