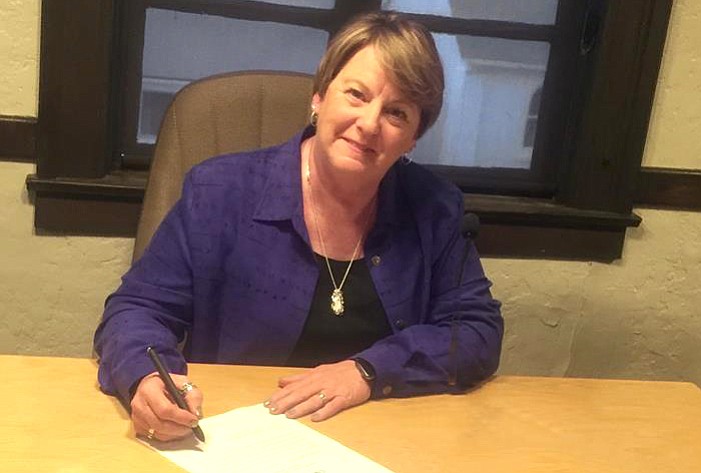 Council interviewed both Hunseder and Edward Loesche during a council meeting on Oct. 16. Hunseder, who is a 14-year resident of Clarkdale was unanimously approved by council Tuesday.

In her application, Hunseder wrote, “I am deeply interested in doing whatever I can to build a strong town while preserving our history, protecting our quality of life and ensuring the viability of our town while living within our financial means.”

Hunseder will fill the seat left by Ben Kramer, who was elected during the primary but announced that he will not take the oath of office for Clarkdale Town Council.

Kramer is vying for the town manager position and resigned from his seat in September so he could be eligible for the position.

Clarkdale Town code states that “no Council Member shall be appointed Town Manager during the term for which he/she shall have been elected, nor within one year after expiration of his/her term.”

If Kramer were offered the position of town manager, he would not be appointed to the position until Nov. 14, 2019, according to a news release sent by the town.

According to the news release, the Clarkdale town attorney has advised the town “that a sitting council member, who declines to take the oath of office prior to the start of the elected term, would then maintain eligibility to be considered for appointment as the town manager effective one year from the completion of his/her current term of office.”

Hunseder was appointed for a term that will only last until Nov. 13., or until council appoints a successor for an additional two-year term.

Clarkdale Town Clerk Mary Ellen Dunn said Kramer will have to decline the seat in November in order for there to be a legal vacancy. She said Hunseder could be appointed to fill the two-year seat.

“Because it is not legally vacant it has to be a separate process,” she said.

Clarkdale Town Council meets the second and fourth Tuesday of every month at 6 p.m. at the Men’s Lounge of the Clark Memorial Clubhouse at 19 N. 9th St. Visit https://www.clarkdale.az.gov/your_government/mayor_and_council/your_government/agendas_and_minutes.phpforagendasand minutes.