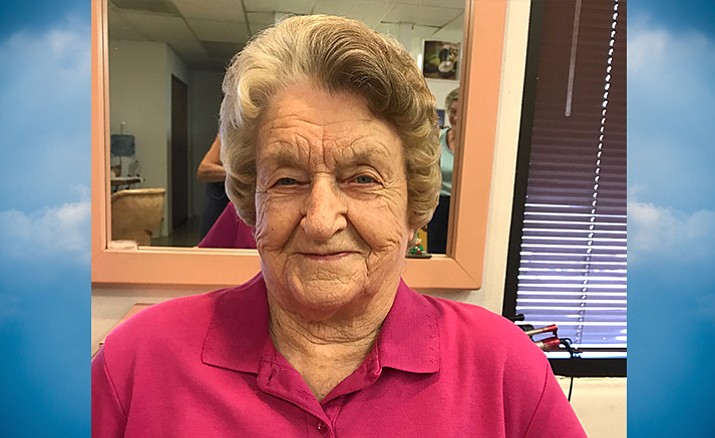 Mildred “Millie” A. Motes of Clarkdale, Arizona, peacefully passed away at age 90 on Saturday, Oct. 20, 2018, in Cottonwood, Arizona.

She was born on April 18, 1928, in Swan River Township, Morrison County, Minnesota, to John and Helen Yourczek Jelinski.

She attended country school and graduated from Little Falls High School. Trustworthiness, dedication and intellect earned her a position at Western Union, which asked her to take her talents to Nebraska.

In Nebraska, she met Clarence Motes and the couple married in 1949. Clarence was employed at the Sioux Army Depot. Together Millie and Clarence had five children: Dale, John, Clarice, Mary Ann and Bruce, all were born in Sidney, Nebraska.


Known for her unwavering commitment to the Catholic Faith, Mildred spent every moment setting an example to all of us what it means to be a child of God. Her love for us and her many grandchildren and great-grandchildren is forever embedded in our hearts. We know she will continue to show us the path to salvation from up above, as she has done for us during her time on Earth. We’ll miss her charm, her wit, her caring, her resolve and her loving heart.

She was preceded in death by her husband, Clarence E. Motes; parents, John and Helen Jelinski; infant brother, Gerald and siblings, Arthur, Irene, Dolores and Bernadine - much loved brothers and sisters-in-law.