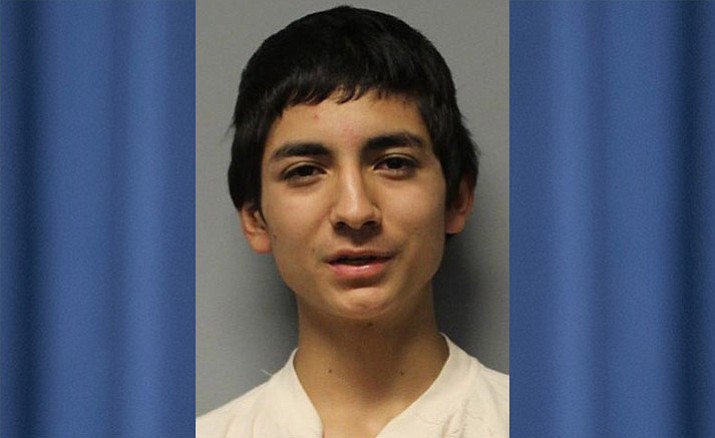 VERDE VILLAGE -- A third man has been arrested in connection with a violent robbery and stabbing reported in Verde Village Aug. 29.

According to Dwight D’Evelyn, the media coordinator for the Yavapai County Sheriff’s Office, 18-year-old Francis Schrambling was arrested Sept. 1 and booked into the Camp Verde Detention Center on charges including assault with aggravated injury, robbery and burglary. He remains in custody on a total bond of $38,000.

D’Evelyn said investigators documented Schrambling’s roll in Aug. 29 robbery-assault. “It was determined Schrambling initially entered the home with the knowledge a robbery was intended by suspect Hernandez (his brother) and others,” said D’Evelyn. “Detectives also learned Schrambling participated with suspect’s Hernandez and Courtney in the assault of the male victim who suffered several stab wounds and other injuries.”

The sheriff’s office originally reported that just after noon Aug. 29, an armed robbery, aggravated assault with a deadly weapon, and kidnapping took place in the 2100 block of Warriors Run.

According to D’Evelyn, several men went to the Warriors Run residence and asked a 39-year-old woman if she would give them a ride. The women knew the men as friends of another person who lived at the same residence.

“After telling them she would not provide a ride, they left but returned about an hour later ‘acting strange’ and asking for cigarettes,” D’Evelyn said in a news release. “She gave one of the males, 21-year-old Gregory Hernandez from Cottonwood, a cigarette. Hernandez, who was pacing back and forth acting high on drugs, grabbed a box cutter and told her he was going to take whatever he wanted from the home.”

The news release continues to state Hernandez then forced the woman into a bathroom, held her at knife point while two or three other men ransacked cabinets and drawers looking for valuables. When finished, they told her to count to 1000 and left. She was able to text a friend on her cell phone to explain she was being robbed and that friend sent another acquaintance who lives nearby to check on her.

“When the male acquaintance came to the door, he met 37-year-old Joshua Courtney who told him to leave,” according to the news release. “Instead, the man went to the lower basement portion of the residence and made eye contact with the victim through a glass door.”

At that moment, the news release continues, “Courtney and Hernandez arrived and assaulted the 40-year-old man by punching, kicking and stabbing him. He was eventually able to escape, run to a nearby church to seek help and was transported to the hospital. Deputies/detectives confirmed a blood trail from the residence to the church parking lot. The victim suffered several knife wounds to his back – not life threatening. A call to 911 was made by another friend of the female victim who became aware of the incident through a text.”

Deputies located Courtney at the house and Hernandez was found later in Clarkdale with assistance from Yavapai-Apache Tribal Police Officers.

Both admitted some participation, D’Evelyn said, and detectives indicate drug involvement with all parties is also a factor in the incident.

Hernandez was booked on charges including assault, robbery, burglary, kidnapping and drug-related violations. Courtney was booked on an assault charge and on a warrant out of Maricopa County.