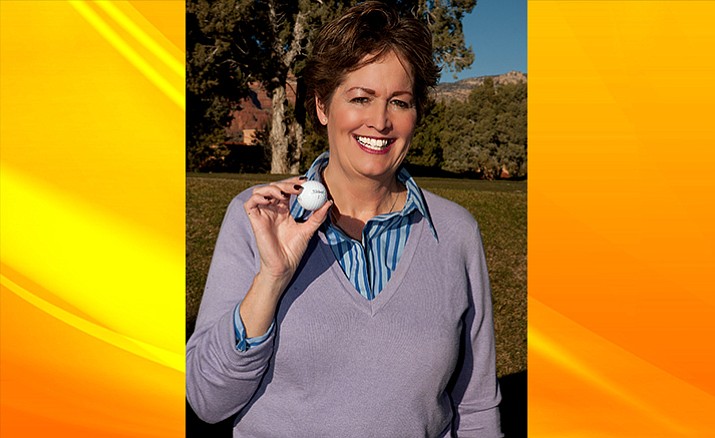 Born in New Orleans, Cindy Chapman lived in many places. Her mechanical engineer father (who oversaw construction of power plants in Korea and Ireland, and competed in the 1948 Olympics in lacrosse) finally settled in Morristown, NJ, where she grew up with three older brothers in idyllic small-town life.

Her mother introduced her to golf, which became her life’s passion. She played on the boy’s high-school team and says her coach (an orphan adopted by the Vanderbilt family) was like a second father and her most influential mentor, investing heavily in her life.

When she won the New Jersey Women’s State Amateur Golf Champion title (twice) her coach threw her a huge party at the country club.

At the University of South Florida in Tampa, she majored in mass communication, played golf and prepared for the LPGA (Ladies Professional Golf Association). After graduating and spending two years on the LPGA tour, Cindy realized she was more of a homebody, didn’t enjoy life on the road and took a job with Xerox where she had a 24year career.

She eventually bought her own Xerox dealership in Naples.

In 2008, Cindy relocated to Sedona with her two children (both currently attending AZ universities) and boyfriend. In 2013, he was diagnosed with cancer.

Leaving work (and her life), Cindy became his full-time caregiver. Her daughter was injured and Cindy became the caretaker for two. Sadly, life became filled with domestic and relationship challenges, including her boyfriend taking control of everything (even their finances) and a deep isolation.

When her boyfriend passed in 2014, Cindy and her kids were left with $63, no home and no car. A couple months later her mother passed away.

Six months later her son was in a near-fatal motorcycle wreck. He spent a year recovering. During this time, placing her kids in homes with friends, she lived in several households as she recovered from years of trauma, fighting to regain their lives.

“I was a broken person. But my kids were always my inspiration. By not giving up and asking for help, your life immediately begins to get better.”

Conversing with Cindy Chapman is an uplifting experience. With all the challenging circumstances in her recent past, including the death of her father in February, she is so positive, so full of life and hope.

“Being in Sedona, when bad things happen, it’s just not quite as bad.” Cindy’s now a realtor, the #1 seller in her office last year.

She was featured in an HGTV Mountain Life episode June 18th. “Client satisfaction is the key. They become my friends. I feel as if my family is growing.”

Cindy’s greatest passion is helping people. She mentors 2-3 people each year and is a member of Rotary.

She wakes up every day, thinks about her parents, her kids, her life, where she lives, and has a heart of gratitude.

“One of the things I love about living here is I can be myself without being pretentious or judged by people.”