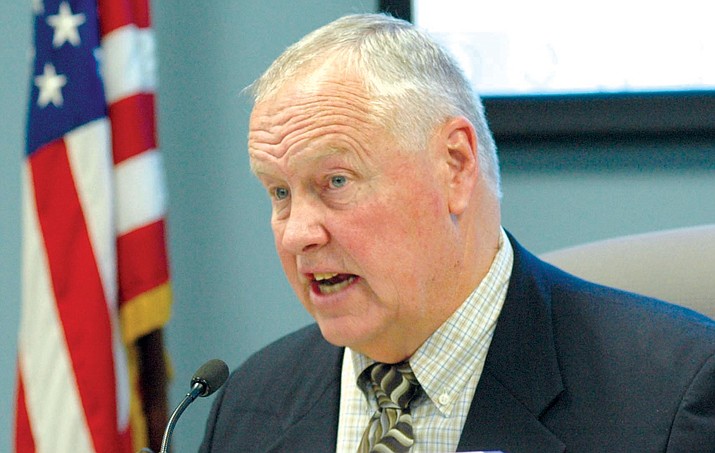 PRESCOTT– Judge David Mackey’s ruling for a compromise in the Mingus Union lawsuit against consolidation with Cottonwood-Oak Creek included a case management conference this week at the Yavapai County Courthouse in Prescott.

Not speaking for Judge Mackey or any of the attorneys, Carter said that the conference’s participants showed a “cooperative spirit, and general agreement about the front and back of the document.”

Carter, who was present on the teleconference, said the meeting’s focus was “petition language.”

Although there had been some “technical formatting issues which need to be addressed,” Carter said that the goal is a “joint stipulation about the petition for the judge to review and approve as soon as possible.”

According to Carter, lawyers are scheduled to meet on Sept. 7 “to discuss the final judgment with additional discussions around paragraph #3 of the original order.”

The original wording in the third paragraph of Mackey’s ruling stated that “Plaintiffs will not legally challenge any future consolidation effort using this petition form in any future election cycle.”

At its Aug.27 special meeting, the Mingus Union School Board changed the wording in the third paragraph to read as follows: “Plaintiffs will not challenge the constitutionality of A.R.S. § 15-459(B)(7) or the form of the petition, and the petition’s language once agreed upon by the parties and the Court, but will not waive their rights to oppose consolidation.”

Also on Aug. 27, Judge Mackey ruled that “after a significant amount of discussion and disagreement among the lawyers,” that new wording provided by the Mingus Union School Board “was not a material change to the original agreement.”

Carter said that the timeline “is to have a final draft petition and checklist for the parties by next Wednesday [Sept. 12], since the Mingus Board will be meeting on [Sept. 13].”

The purpose of the checklist, Carter said, is essentially what his office must to do to make sure directions were followed in the collection of signatures and the filling out of the petitions, “whether the petitions or signatures are valid.”

The next case management conference was set for 2:30 p.m. Wednesday, Sept. 19 to discuss the final draft petition’s “verbiage and the checklist.”

Though not one of the attorneys, Carter said he took part in the meeting “since my office has to implement, I think it’s important that we listen to the conversation.”

Carter said he and/or representatives from his office would take part in the meeting.