Ben Kramer to step down from council, vies for Clarkdale town manager position 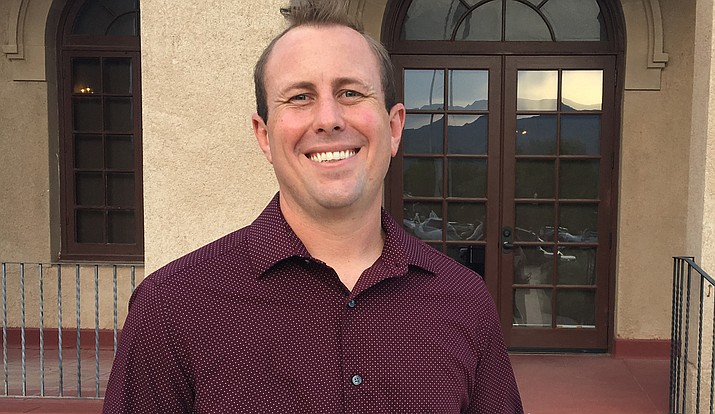 CLARKDALE -- Ben Kramer announced that he will not take the oath of office for Clarkdale Town Council Thursday as he vies for the town manager position instead, according to a news release sent out by the town.

Kramer’s notice results in a vacant seat on the Clarkdale Town Council beginning Nov. 13, according to the news release.

According to A.R.S. §9-235, the council will need to fill the vacancy by appointing a new member. The appointment will be for a two-year term.

The position for town manager opened up after Gayle Mabery announced her retirement over the summer after two decades of service. She will be retiring July 1, 2019.

In an emailed statement to The Verde Independent, Kramer said his interest in the position for Town Manager came after many years of working closely with the Town of Clarkdale.

"We have a talented staff and seeing the teamwork and passion of the employees has convinced me that the Town of Clarkdale isn't a typical employer," he said. "Gayle and her department heads have worked to create a collaborative environment where all are encouraged to think of better solutions. Clarkdale is a small town in size, and resources can be limited, but it has been able to leverage great people to make a big impact. I want to be part of the team doing great things in Clarkdale."

As far as the timing of the decision, Kramer said it came from a combination of factors.

"The retirement of Town Manager Mabery, the end of my current term of appointment, my reelection to a new term, the waiting period per Town code to be appointed, the upcoming planned presentations from the recruitment firms, and other factors had to calculate into my decision," he stated.

Clarkdale Town code states that “no Council Member shall be appointed Town Manager during the term for which he/she shall have been elected, nor within one year after expiration of his/her term.”

If Kramer were offered the position of town manager, he would not be appointed to the position until Nov. 14, 2019, according to the news release.

According to the news release, the Clarkdale town attorney has advised the town “that a sitting council member, who declines to take the oath of office prior to the start of the elected term, would then maintain eligibility to be considered for appointment as the town manager effective one year from the completion of his/her current term of office.”

Kramer filed a Conflict of Interest Disclosure for this special meeting so he will not participate in discussion of the agenda item.

"The biggest factor in my decision timing was needing to recuse myself from discussions about the recruitment process if I wanted to be involved," Kramers stated. "I was honored by the support from the voters of Clarkdale in the primary election, and while I won't be on the Council, I hope to able to serve our community in a full-time appointed rather than elected role."