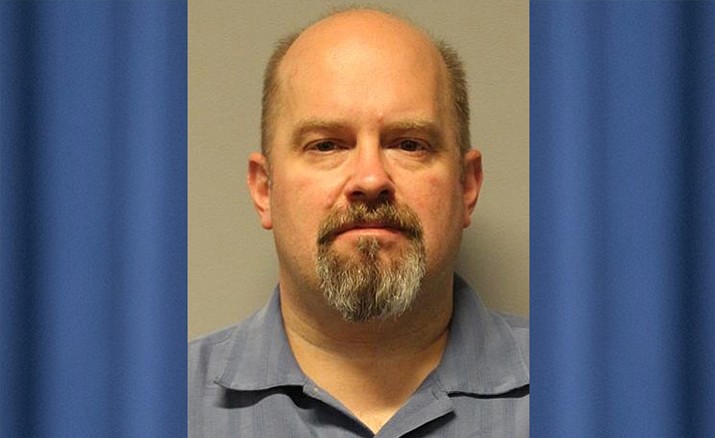 CAMP VERDE -- A former Prescott pastor who stood trial less than a month ago on multiple charges of child molestation and abuse faces nine new charges as of Tuesday.

Thomas Chantry, 47, surrendered himself to the Yavapai County Superior Court this week and is being held in the County Jail on a $1 million bond.

Charges include four counts of aggravated assault, four counts of child molestation and one count of child abuse. All of these charges occurred between 1998 and 2000, according to the indictment issued by a Yavapai County grand jury Sept. 11.

According to the indictment, Chantry is accused of hitting a child with a boat oar on multiple occasions.

The motion to hold describes instances where Chantry did “unspeakable acts of sadistic physical abuse, which were always followed by acts of molestation.”

Incidents of molestation include, stroking, rubbing and fondling of the victim, according to the Sept. 11 motion signed by Eazer.

The incidents described in these new charges started when the alleged victim was 10 and lasted until he was 12 years old.

“In recent statements, the victim has described that the 'spankings' began almost immediately after the tutoring started, were always for trivial things such as missing a math problem, and rapidly increased in both frequency and severity as time went on,” the motion stated. “He stated that he was initially spanked with a belt, a switch or various wooden paddles, and that the spankings for the first several months, while extremely hard, were always over his clothes. The victim’s mother recalled that her son would always wear his thickest jeans on the days he had tutoring with the defendant.”

The mother of the alleged victim in these new charges testified in Chantry’s trial last month. She described seeing bruises on her son’s body near his upper thighs and buttocks.

She said Chantry had been tutoring her son twice a week. She described one incident where she picked him up at Chantry’s home and noticed “he could hardly walk.”

“I felt sick,” she said during her testimony last month. “I wasn’t sure what to do.”

She said that she never went to the police or took photos of the bruises but now wishes she had done so.

Last month, a jury found Chantry guilty on two aggravated assault charges after two days of deliberations. He was found not guilty on one molestation and one aggravated assault charge. The jury was still at a 9-3 impasse on four of the molestation charges at the time of the verdict. Maricopa County Superior Court Judge Bradley Astrowsky declared a mistrial on those four charges.

The verdict concluded a five-week trial of the former pastor. Accusations by alleged victims included incidents where Chantry disciplined children of the families in his congregation at Miller Valley Baptist Church so severely he left bruises and marks. Some of the abuse later turned into molestation, according to witness testimony.

The alleged victim in these new charges did not testify last month.