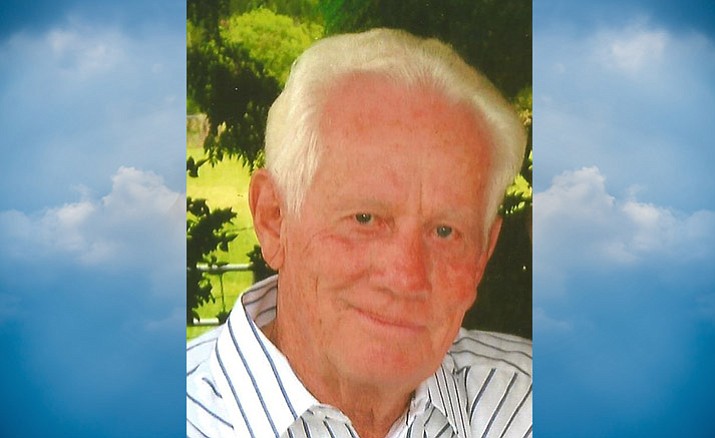 He moved to the Verde Valley in 1938 at the age of 4, later attended Cottonwood Elementary School and graduated from Cottonwood High in 1952.

In 1953 he joined the United States Air Force, serving in the Korean War as a crew chief of B47 bombers. He returned to the Verde Valley in 1957 working for 10 years as an electrician during the construction of the cement plant.

After three years in Phoenix, he again returned to the Verde Valley in 1970 to assume part ownership of the family business, T&T Refrigeration. Dale served as president of the Cottonwood-Oak Creek School Board, was instrumental in bringing Pop Warner Football to the Verde Valley and was a founding member of the Verde Valley Muzzle Loading Association.

An avid hunter and outdoorsman, he spent countless hours volunteering for organizations in the name of hunting and fishing conservation.

Dale is survived by his wife of 59 years, Ruth; his children, Dawn Gordon (Glenn) and Dain Tasa (Dee). He also leaves behind five grandchildren and nine great-grandchildren. He is preceded in death by his parents and granddaughter, Suzie Tasa.

A memorial service will be held at the Spirit of Joy Lutheran Church in Clarkdale, Arizona, on Saturday, Sept. 29, at 1 p.m.

A celebration of his life will be held immediately after at the Moose Lodge in Clarkdale. The family would like to thank Valley View Care and request donations be made there in lieu of flowers, to 421 N. Willard St., Cottonwood, AZ 86326.