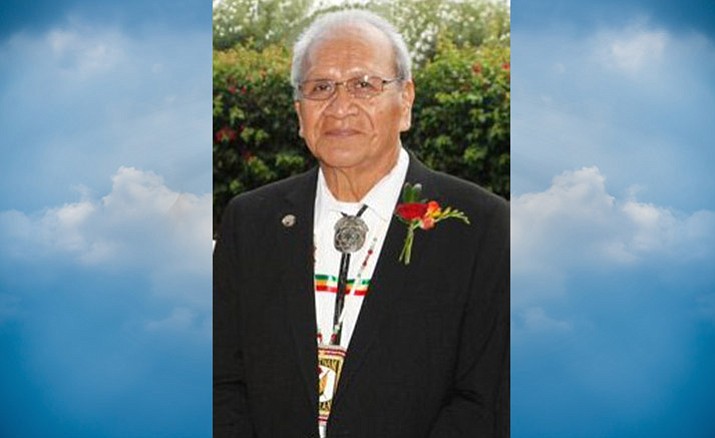 Ernest was born on July 19, 1943, in Prescott, Arizona to Gibson and Florence Jones. He grew up with 2 brothers and 4 sisters, who he loved very much.

He attended Prescott Public Schools until his sophomore year and later transferred to Mingus Union High School where he graduated in 1962.

Upon graduating he attended Haskell Institute in Lawrence, Kansas from 1962-1964. Upon returning from Kansas, he relocated to Los Angeles, California until the summer of 1965. Ernie was then drafted into the U.S. Army on July 29, 1965.

During his training he qualified for jump school and was in route to Vietnam where he served 13 months with The 1st Squadron 4th Calvary attached to the 1st Infantry Division. When he returned stateside he was assigned to the 101st Airborne Division at Ft. Campbell, KY and thus ended his tour of duty on July 28, 1967.

After serving his country, Ernest worked for the National Forest Service on a fire crew in the summer and later worked for the VA medical center, which he retired in 1994. He also served as the first Tribal Police Officer for the Yavapai-Prescott Indian Tribe, and served for 10 years with the Bureau of Indian Affairs Law Enforcement as a detective.

Ernest valued education and pursued many degrees throughout his lifetime. He graduated from Yavapai College with an AA degree in Administrative Justice, he received his bachelor’s degree at the University of Phoenix in Business Management, and lastly received his Masters degree in Organizational Management.


Ernie has served on the Yavapai-Prescott Indian Tribal Board of Directors in various capacities since 1972, for a total of 15 terms and has been President of the Tribe since November 13, 2001.


Since 1975, Ernie has shared his love for sports by coaching many youth teams including Prescott Girls Softball, Little League, and YMCA Basketball. He was an active member in the Prescott Senior Softball league as well as the Prescott Adult Recreation League. He found pride not only in the teams he managed but the teams he played on. Even while Ernie was fighting his battle with cancer he continuously asked when he could return to the field.


Ernest has been married to his wife Janet for 50 years and raised their 3 children Stephanie, Iris, and Ernest Jr. all of Prescott, AZ. He is survived by his wife Janet Jones, daughters Stephanie Jones and Iris Jones, son Ernest Jones Jr., sisters Lenora (Terry Manuel) Jones and Kathleen (Javier Ramirez) Jones, granddaughters Kimberly Brennan and Siobhan Brennan, One great-granddaughter Charlotte Williams, and many nieces, nephews, and cousins. He is preceded in death by his parents, several brothers and sisters and One great granddaughter Kali Rose Williams.

Visitation was held from 5-8 pm on Friday, September 21st at Ruffner-Wakelin Funeral Home 303 S. Cortez St. in Prescott. Funeral services was held on Saturday, Sept. 22, 2018, at 10 a.m., at the Ruth Street Theater of the Prescott High School, 1050 N. Ruth St., Prescott, Arizona, with Graveside to follow at the Prescott Yavapai Indian Cemetery. Ernest will be greatly missed by his many family members, friends, and his community.