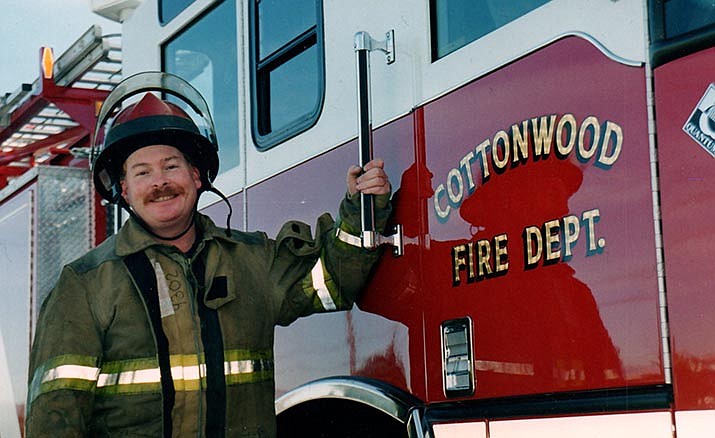 Eric was preceded in death by his son, Jack Perkins Seitz.

He was a devoted dad to his two sons and loved them dearly.

A graduate of Mingus Union High School, Eric served as President of F.F.A. and was responsible for Barry Goldwater attending the Awards Banquet. He also participated in animal showings at the Verde Valley Fair. Eric began his public service as a 16 year old, with Cornville Fire Dept. in 1977.

In 1983 he became a volunteer with Cottonwood Fire Dept. serving as an emergency medical technician and a year later was promoted to Captain. In 1993 Eric became a paramedic. In 2001 he was awarded second place in state as the VFW’s fire fighter of the year. He was proud to have delivered five babies during his tenure. Eric retired in 2004, after 20 years of service as a Captain.

Upon retirement, Eric devoted himself full time to his Seitz Custom Designs Company and has designed many homes and buildings in the Verde Valley and Sedona area.

Eric loved shooting at black powder meets and hunting. Another of his loves was the MMA group and riding his motorcycle.

Eric loved good, smart debates and good jokes. He loved bad jokes as well, but no one is perfect.

In lieu of flowers please send donations to the Cottonwood Fire Fighters Association.