Sentencing for man in Cottonwood arson case set for Monday 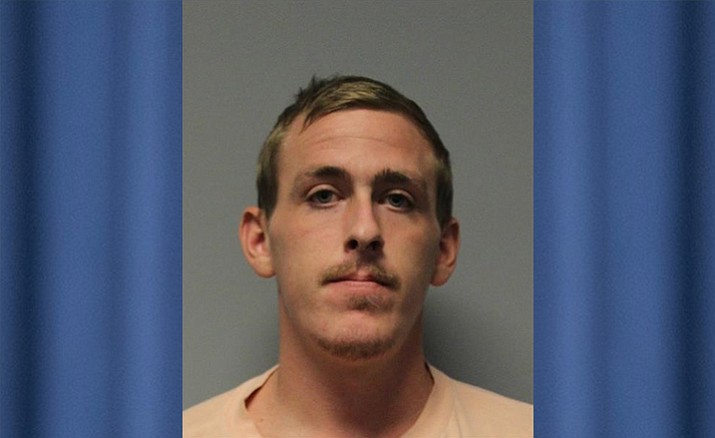 CAMP VERDE -- A man involved in several 2013 arsons of Cottonwood city property will be sentenced next Monday at the Yavapai County Superior Court in Camp Verde.

On Monday Feb. 25, Joshua Dawson, 26 pleaded guilty to three felony charges of arson of an occupied structure. According to his plea agreement, Dawson could face an aggravated sentence of eight years for one of the felonies and 12.5 years for the other two.

Dawson and two other suspects are accused of setting fire to three different businesses in Cottonwood, including the City of Cottonwood’s Human Resource and Finance building at 816 N. Main Street on April 1st, 2013, according to Cottonwood Police Sgt. Monica Kuhlt. She said the building had $380,000 worth of damages.

In 2013, Cottonwood Fire Marshal Rick Contreras said two firebombs were thrown, breaking the front window at the Finance and Human Resources building at 816 N. Main St. A rock was also used to break out a rear window in the same building. Contreras said the resulting fire caused damage around the broken window and heavy smoke damage throughout the building. Cottonwood Police Commander Gary Eisenga said the arsonists targeted two other buildings, unsuccessfully, before throwing the bombs at the city building. Police are also investigating incidents at Sunwest Bank, 704 S. Main St., Cottonwood, and also at the Spirit Gas Station at 10th and Main Street.

The case was cold until 2017 when new information surfaced, according to police.

“(In 2017), Cottonwood detectives were contacted by detectives from Yavapai County Sheriff’s Office with new information,” Kuhlt said “YCSO had an arson during that same time period in 2013 and the suspects appeared to be involved. Last year, YCSO charged three suspects for their arson investigation.”

In September, a Grand Jury charged Dawson with the felony counts, according to Cottonwood PD. Dawson was already in custody on other charges.

Dawson’s sentencing will be Monday, April 8 at 3 p.m. at the Yavapai County Superior Court in Camp Verde. Judge Michael Bluff is presiding over the case.