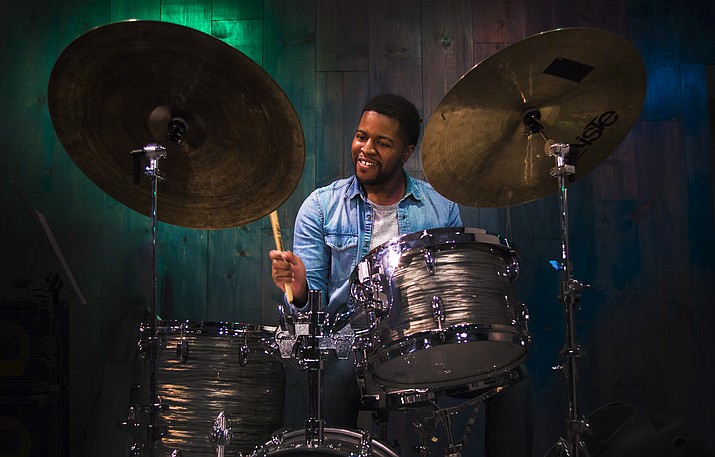 By fusing their firm jazz roots with a fresh and forward-thinking blend of indie-rock and contemporary classical music, the Le Boeuf Brothers have developed an energetic sound that is intelligent, fun, and relevant to today’s audiences.

The New York Times describes them as “musically precocious twins” whose music captures “the gleaming cosmopolitanism of our present era.”

Their latest Grammy-nominated project imaginist is a full-length album in collaboration with JACK Quartet, one of New York’s premier string quartets devoted to contemporary classical music.

Imaginist is structured to unfold like a book – complete with a prologue and epilogue. Past projects include House Without A Door (2009) “an impressively self-assured new album, which reaches for the gleaming cosmopolitanism of our present era” (New York Times); In Praise of Shadows (2011), which “deftly blends elements of electronica with touches of indie rock and sophisticated jazz writing on this genre-defying project” (JazzTimes); and Remixed an “open-minded and masterfully crafted precursor of things to come” (All About Jazz) featuring remix collaborations.

In addition to their work as performer/composers with Le Boeuf Brothers, Remy and Pascal take part in a number of diverse projects.

Remy leads his own jazz orchestra, Assembly of Shadows, and has written for the Jazz at Lincoln Center Orchestra with Wynton Marsalis.

He has also performed on projects lead by Donny McCaslin, The Bob Mintzer Big Band, and Linda Oh.  He has also received commissions from Chamber Music America, the American Composers Forum, and the Copland Foundation.

Pascal composed music for the 2008 Emmy Award-winning movie King Lines, and is currently pursuing a Ph.D. in Music Composition at Princeton University as a Naumburg Doctoral Fellow.

Joining the LeBoeuf Brothers will be Giulio Xavier Cetto, an acoustic and electric bassist currently playing in California.

For five years, Giulio contributed to the Stockton jazz community by organizing weekly performances and jam sessions. Cetto is an alum of UPacific’s Summer Jazz Colony.

Rounding out the quartet will be Christian Euman. Hailed as one of the “six drummers you should know about” by Revive Music, Christian Euman has definitely earned his right to be included on such a list of percussionists rising in the music scene.

Tickets are $20 for premium center or $15 general admission and are available online at pecpaf.com or at the door. Students are always free at Foundation-sponsored events.