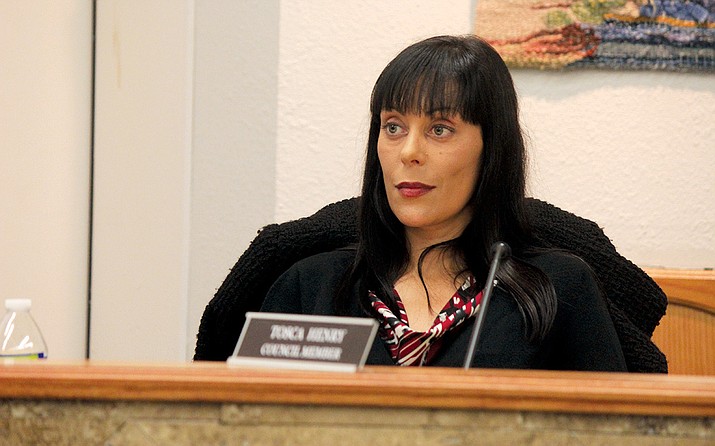 "Who are we to choose who is the trash provider for each of our residents here?” Vice Mayor Tosca Henry

Right now, the city does not regulate residential waste or recycling operations, according to staff. Three major providers circulate the city putting four to five trucks on city streets weekly.

Both council and staff expressed concern over the wear and tear these trucks put on city streets.

According to research from the City of Sedona, a single trip from one of these trucks is equivalent to 1,000 passenger car trips.

“We spend a lot of money on our roads and we’re very concerned about them and it seems these trucks are doing a lot of wear and tear on our roads,” said Council Member Michael Mathews.

“Bottom line is I keep going back to the amount of damage being done to our streets,” he said. “When you consider that you have three trucks every day somewhere in the city and every day running on our collector and major arterial streets … we’re money ahead if we can eliminate a lot of those trips.”

According to staff, prior councils have discussed the issue of waste trucks before.

Staff provided the following options for council to consider:

City Manager Ron Corbin said staff would also provide some sustainability criteria in the RFP process should council choose that option. The City of Clarkdale uses a single-hauler method. Much of council leaned toward that direction as well.

But Council Member Ruben Jauregui said he felt it would behoove council to get more information before making a decision, seeing as the issue has come up before.

“Part of my concern is that once you give someone a contract for five years, these other haulers are hit hard and may not be around the next time to bid,” he said. “So we are in essence putting some people out of business, plain and simple.”

“You could see a merger of two private companies working together,” he said.

Vice Mayor Tosca Henry said she felt it was unfair for council to speculate on what the haulers in town can do. She also said she wants to gather more information related to recycling options.

Council Member Jackie Nairn said she has heard complaints from several citizens about the state of the city’s streets but doesn’t like the idea of limiting choices to just one hauler.

“If we are going to make a decision on any one of these … I would lean more toward a single-hauler method … I would certainly like to gather more information.”

Mathews said it’s not abnormal for municipalities to have their own trash collection service.

“So this would be kind of the same thing in that we would essentially just be contracting that out instead of doing it in-house,” said Mathews.

But Henry said she doesn’t think it should be on the city to choose a hauler for citizens.

“Who are we to choose who is the trash provider for each of our residents here?” Henry asked.

“I don’t think it’s fair to single out our trash haulers and say ‘you are responsible,’” she said.

Henry also went on the record at Tuesday’s meeting saying she does not support any of the three trash hauling methods provided by staff and would like more information.

Chris Taylor, owner of Taylor Waste, said during a call to the public that he finds that many of the citizens in Cottonwood prefer free enterprise and the ability to choose.

Concerning the wear and tear of the roads, Taylor said he felt there was misplaced blame put on the trash haulers.

“I realize we do have big trucks that provide wear and tear but we’re not only ones out there.”

“Next time just make sure there are seatbelts on these seats here so we can buckle up for the conversation,” Elinski said.

Cottonwood Council to host work session on trash hauling
More than 200 at work session on trash hauling
Commentary: When it comes to garbage, there is no shortage of trash talk
Commentary: Business of recycling follows parallel path of trash collection
Inspiration of Sedona presents Arizona premiere of&#160;Racing to Zero: In Pursuit of Zero Waste