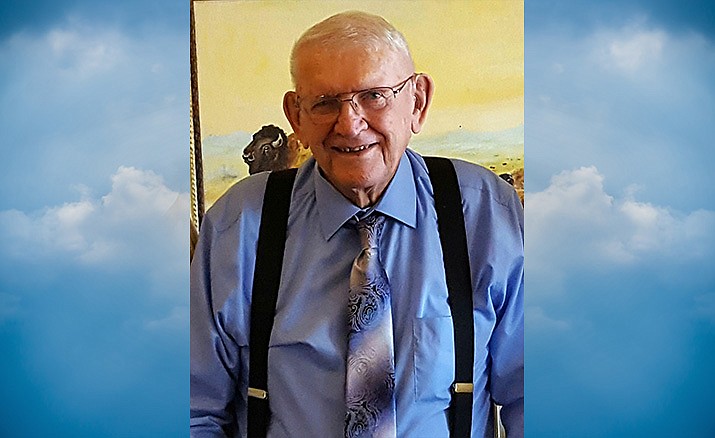 When Harry was a junior in High School, he was drafted into the United States Navy and served in the Pacific Theater during WWII. After his discharge he met and later married Minnie Tuin on May 13, 1946, in Spokane, Washington.

His loving wife Minnie passed away in March 2016, just 2 months before their 70th anniversary. Harry and Minnie were parents to five children; Vicky (Ron) Teeters, Gary (Aileen) Leithead, Roland (Sharon) Leithead, Norman (Cindy) Leithead and Jodi (John) Steuber. Harry chose to serve his Lord and Savior and stayed true to that choice for over 70 years. His children and grandchildren will always remember his faithfulness and seeing him daily reading his Bible.

He is also survived by two sisters; Ruth Thompson and Glenna Masters; many nieces and nephews; and a host of friends.

Visitation will be held at 10 a.m. with a Military Veterans Presentation and funeral service at 11 a.m.

There will be a finger food reception immediately following the service.

Harry and Minnie’s cremains will be interred together at a later date.