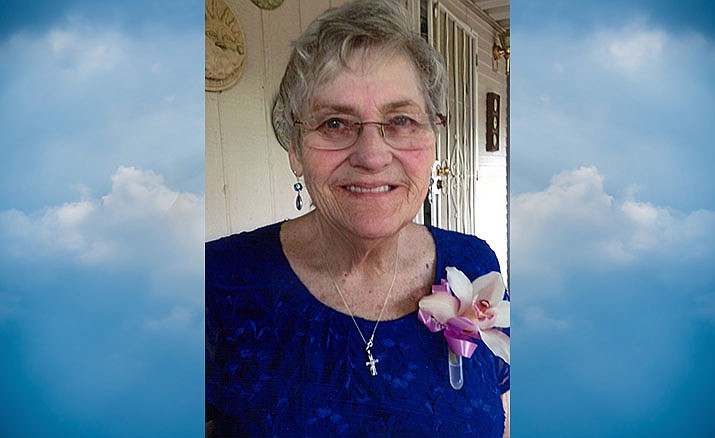 She was 74 years old and known to be a remarkable fighter having battled cancer and won with three different bouts.

She is preceded in death by her mother, Dorothy Proctor, and five brothers. She is survived by her only sister, Judy Proctor (Glenn) Buscher, Twin Falls, Idaho; three daughters, Julene (Tony) DeF0rd Cole, Cottonwood, Arizona; Danna DeF0rd Eberts (Rob), Valle, Arizona; and Deborah (Jared) DeF0rd Kaye, Las Vegas, Nevada; as well as seven grandchildren and five great-grandchildren. She was the favorite aunt of her nieces and nephews.

Myrna relocated to Cottonwood from San Francisco just to be closer to her family. She lived in Las Vegas, Nevada, while raising her children and worked for United Airlines as a cook-chef for nearly 30 years, which took her to San Francisco. She loved to cook and study recipes which she referred to as “cooking ideas” because she never really followed a recipe. She was an awesome cook and always cooked from the heart but she loved it even more when she was making a meal that would be enjoyed by her family and friends.

A funeral is not planned but a Celebration of Myrna’s Life will take place in the summer time in Twin Falls, Idaho, when her daughters take her home.

A local luncheon will be hosted for family and friends in Cottonwood.

For more information on the dates and places please contact Julene at (928) 649-9014 or julescole@centurylink.net.